With tough contests behind them, Raiders, Panthers, Wildcats look to shine against future opponents 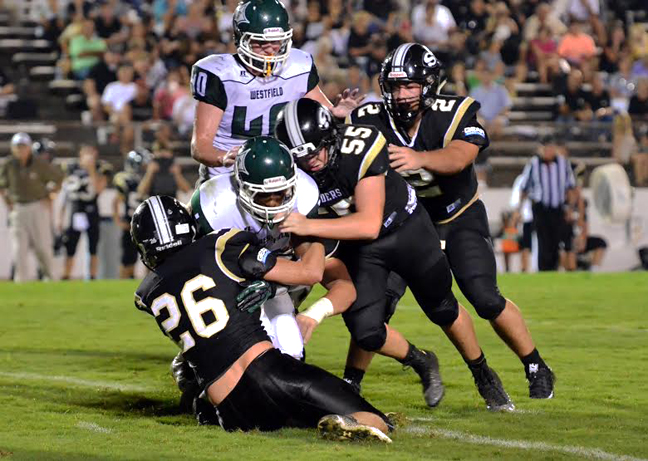 Taylor Weldon, Ragan Norman, and Josiah Copland bring down a Westfield ball carrier in the Raiders’ season opener on August 21 in Americus.