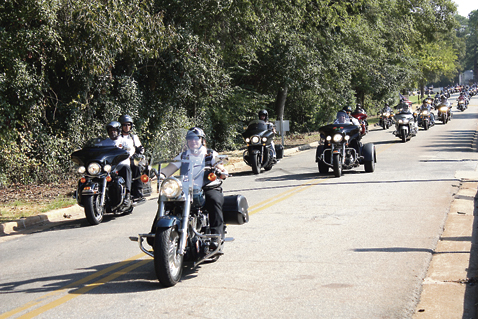 Members of Rolling Thunder will begin coming into town on Sept. 15 for the activities and events to be held the rest of the week in Americus and Andersonville.

ANDERSONVILLE —  National Prisoner of War/Missing in Action (POW/MIA) Recognition Day is Friday, Sept. 18, 2015. In honor of that day, the National Park Service, the Friends of Andersonville and Georgia Southwestern State University (GSW) are hosting the 2015 National POW/MIA Convocation at 11 a.m. Wednesday, Sept. 16 in the Jackson Hall Auditorium on the campus of Georgia Southwestern State University. The public is invited to this free event.
The annual GSW Convocation begins four days of area events in recognition of National POW/MIA Recognition Day and the 150th anniversary of the Civil War. The National Park Service invites the public to participate in the 150th anniversary events on Sept.18, 19 and 20 at Andersonville National Historic Site. Programs and guest speakers will be exploring the experience of Civil War POWs, the end of the Civil War and how soldiers transitioned from the military to civilian life. This event will also host honored guests from The Ride Home organization, throughout the weekend. More information on the The Ride Home  event may be found at http://theridehome.com/
This year’s featured speaker is Brig. Gen. Rhonda Cornum, U.S. Army (retired). Brig. Gen. Cornum, then Maj.Cornum, was a flight surgeon with the 229th Attack Helicopter Battalion when her Black Hawk helicopter was shot down on Feb. 27, 1991, during a search and rescue operation. She suffered from numerous injuries including two broken arms and a gunshot in her shoulder; five of the eight crew members died in the crash. She and the other survivors were taken prisoner and held by Iraqi forces for eight days. On March 6, 1991, Cornum and 23 other prisoners of war were released in end-of-war negotiations. Cornum detailed her experiences in her memoir She Went To War: The Rhonda Cornum Story, published in 1992. Cornum’s flight suit is on display in the National Prisoner of War Museum at Andersonville National Historic Site. After captivity, she continued a successful Army career including as commander of the 28th CSH, in Bosnia, and of the Landstuhl RMC in Germany, and was director, Comprehensive Soldier Fitness. She serves on the VA Secretary’s Advisory Committee on Former POWs. Cornum retired from the military in 2012 and now divides her time between serving on boards, humanitarian efforts on behalf of soldiers and their families, and raising and handling her beloved dogs.
Cornum will also be giving a program entitled “Look to the Future, Learn from the Past” at 11:30 a.m. on Friday, Sept. 18 at the National Prisoner of War Museum at Andersonville National Historic Site, as part of the 150th anniversary programs.
Finally, in honor of all service members and to acknowledge the medical and humanitarian efforts of Clara Barton, who raised the first United States flag over Andersonville National Cemetery in 1865, Cornum will raise the United States flag at the conclusion of the Funeral for 13,000 service on Saturday, Sept.19. This program will take place beginning at 12:45 p.m. at Andersonville National Cemetery. Keynote speaker is Sgt. Maj. of the Army Daniel Dailey. The public is encouraged to attend this unique event in honor of the fallen Civil War soldiers, and to honor POWs throughout our history.
Also planned at Andersonville National Historic Site are the 13,000 luminaries on Friday and Saturday. Visitors can drive through the park to view the sight after dark.
For more information visit, www.nps.gov/ande/planyourvisit/cw150.htm 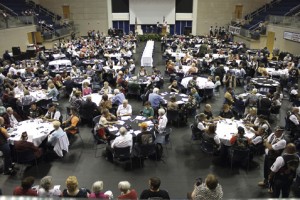