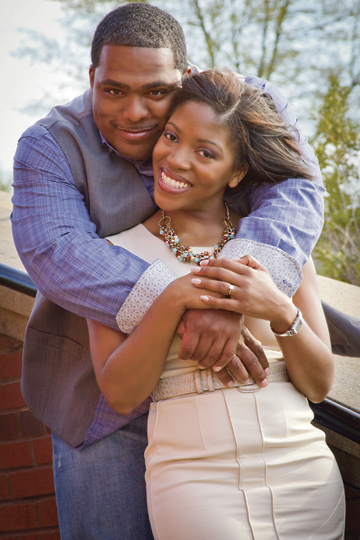 Jimmy and Doris Josey of Americus announce the engagement of their daughter, Angela Shanta Josey, to Keven Moore Jr., son of the late Rev. Keven Moore Sr. and Linda Moore of Oklahoma City, Okla.
The bride-elect, a native of Americus, is a 2001 graduate of Americus High School and a graduate of Florida Agriculture & Mechanical University (FAMU) of Tallahassee, Fla. She is a licensed respiratory therapist and holds a master’s degree in secondary education. She is currently employed by the Muscogee County School District as a health care science teacher.
The future groom, a native of Oklahoma City, Okla., is a 1996 graduate of John Marshall High School and has a criminal justice degree from Columbus Technical College. He is employed by the Columbus Consolidated Government and is a sergeant in the U.S. Army Reserves.
The wedding is planned for Oct. 3, 2015, in Columbus with the Bishop Arthur Fulton officiating.