Raiders come from behind to grab 42-38 victory over SGA 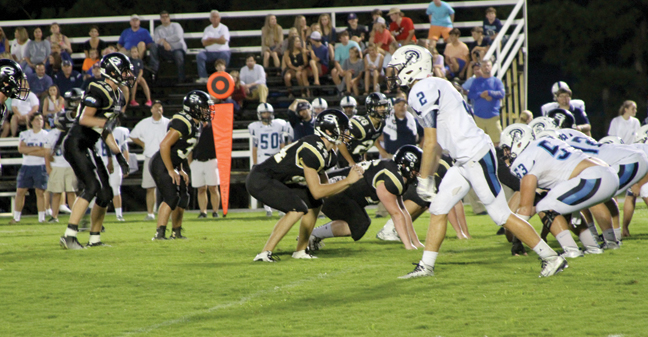 The Raiders’ offensive line gets into position to gain some ground against the Southwest Georgia Academy Warriors in the first quarter of the teams’ battle on Sept. 11 in Americus.