Tuesday is Vote for The Craig Lewis Band Day 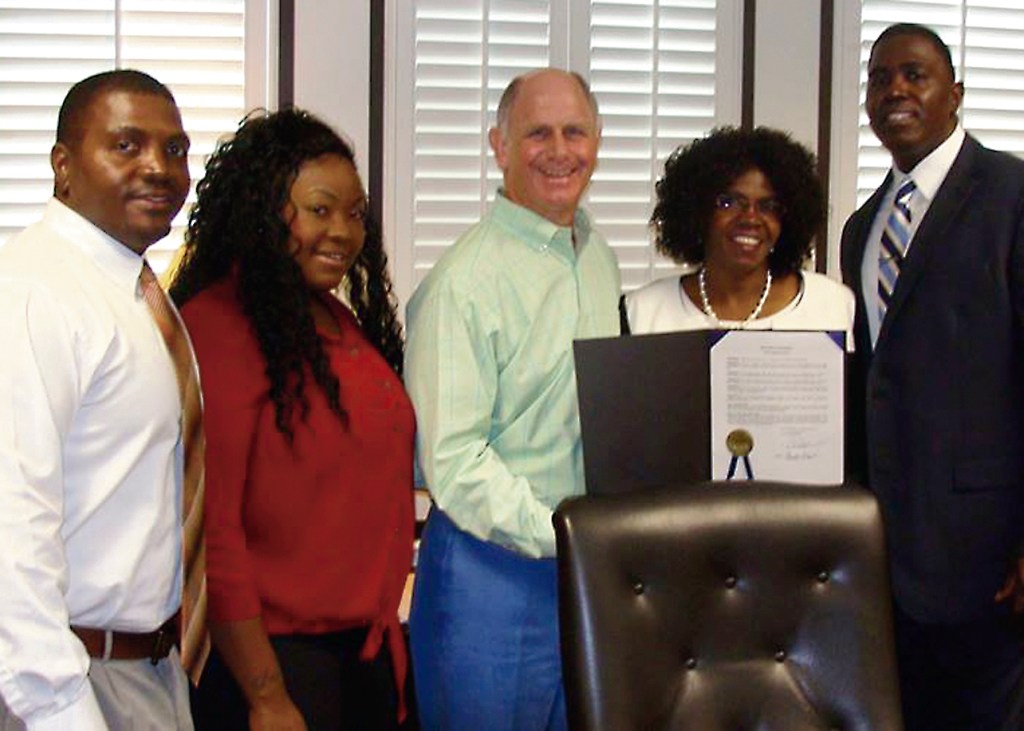 AMERICUS — Americus Mayor Barry Blount signed a  proclamation that designates Tuesday, Sept. 15, 2015, as “Vote for the Craig Lewis Band Day” in effort to help gain support for the band that is currently in the finals of America’s Got Talent.
Jeffery Lewis is one part of the duo and he is a native of Americus and a graduate of Americus High School.
The  mayor signed the proclamation as Lewis’ family members looked on. Jeffery is currently in New York preparing for the final show.
The family also announced that there will be a viewing party at 7 p.m. Tuesday at the Student Success (Storm Dome) on the campus of Georgia Southwestern State University in Americus.  There will be refreshments, entertainment and door prizes.  Everyone is invited.
America’s Got Talent’s finale airs at 8 p.m. Tuesday and the winner will be announced the following night.