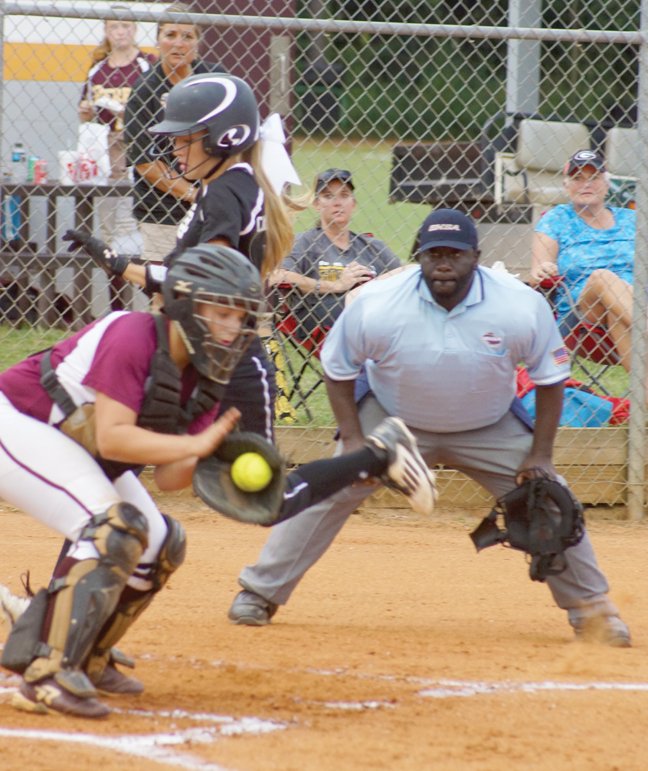 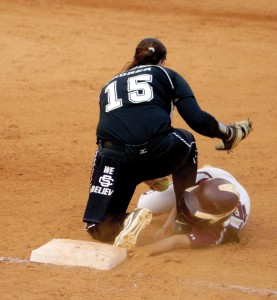 After racking up an unfortunate 2-7 record in the first half of the season, the Schley County Lady Wildcats have been steadily climbing out of that hole over the last few weeks. The Schley girls continued their comeback in spectacular fashion this week, landing their overall record at a much-improved 7-8.
The Lady Wildcats began the week on Sept. 21, traveling to Perry to take on the Perry High School Lady Panthers. The visiting Schley team took a significant 9-2 win in the match. The girls returned to their home field on Sept. 23 to bring in a 3-1 upset win over the Wilcox County Lady Patriots, who had entered the match ranked third in the state in Class A play.
Schley’s girls got the jump on the Lady Panthers early in the Sept. 21 match, with a Brandy Cromer three-run out-of-the-park homer propelling the ladies to a five-run lead in the first inning. The Lady Widcats rode this momentum to a 9-2 win, aided by another homerun off the bat of Emily Campbell that also sailed beyond the fences.
With the Lady Wildcats up by five after the first stanza, they went on a defensive push to protect their lead. Sharp ball handling from Schley’s squad kept the Lady Panthers out of the scoring business until the bottom of the fourth, when they had two runners cross the plate.
Schley added another run in the fifth and two more in the sixth, while keeping Perry away from the plate through the rest of the match, nabbing the 9-2 win.
With 12 hits in the match, the Lady Wildcats saw the most hits in these seven innings that they have seen all year. Laine Frazier’s pitching held the Lady Panthers to only seven hits.
Cromer set the pace for the team’s offense, hitting three for four, with a double accompanying her homerun. Cromer brought in three RBIs.
Bethany Phillips, Carly McLaine, Bailey McLaine, and Campbell each hit two for four, with Campbell crossing the plate twice. C. McLaine nailed a pair of doubles and brought in two RBIs for the Wildcat cause, while her sister, Bailey, knocked one double, scored one run, and gained one stolen base. Phillips brought in one RBI and came home twice.
After the win, Lady Wildcat head coach, Jody Sellars, told the Times-Recorder, “We played one of the best games we’ve had all year. That was about as flawless as we can play. It’s really encouraging, especially since we had such a tough time in Hawkinsville last week.”
Sellars went on to say that, up until this match, none of the team’s batters had put one beyond the fences and that it was very exciting to see two players accomplish that feat in the same match. “We really started swinging the bat well,” he said.
The Lady Wildcats continued their streak on Sept. 23, returning to their home field to face Wilcox County. Schley’s girls took a 3-1 win in the match.
Campbell crossed the plate first in the third inning after being plunked by a wild pitch to take her base. The Lady Patriots’ pitcher then walked the next two batters and loaded the bases before being relieved by the team’s regular starter. With a fresh thrower on the mound, the Lady Wildcats saw the next two batters strikeout before C. McLaine stepped up to the plate. C. McLaine belted a double deep into the outfield to bring in two RBIs and give the Lady Wildcats a cushion that they would hang onto for the duration of the game.
Frazier pitched the winning game, striking out one batter and giving up seven hits. Frazier intentionally walked two of the Lady Patriots’ well-known sluggers, but did not give up any other free bases during her work on the hill.
Phillips hit one for three, stealing one base and crossing the plate once. Frazier connected on one of two at-bats, drawing a walk in the other. Tosha Kirksey drew a walk as well that led to her to score a run.
On the win, Sellars told the Times-Recorder, “We played a good, solid game from beginning to end. It worked perfect. Couldn’t have gone any better. That was a huge win for us.”
He went on to say that these wins will likely move the team up in the rankings from thirteenth place, where they stood at the beginning of the series. “We just need to continue making a concerted defensive effort on the field and we should do pretty well,” he stated.
The Lady Wildcats return to action on Sept. 28, facing Miller County in a non-region double-header.