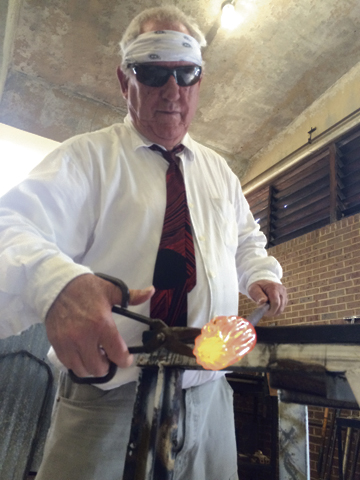 Ralph Harvey in one of his elements — the glassblowing studio at Georgia Southwestern State University. 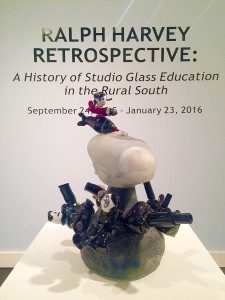 Michael Murray/Americus Times/Recorder:
Upon entering the gallery, visitors to the retrospective are greeted by a perfect example of Harvey’s playful, yet powerful aesthetic that is evident in his glass work. 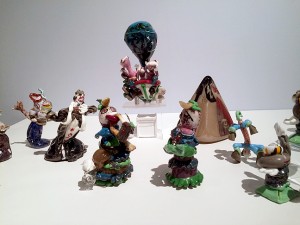 Michael Murray/Americus Times-Recorder:
Another example of Harvey’s work on display at the Albany Museum of Art