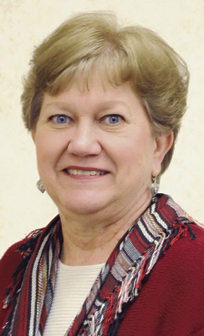 AMERICUS — Gretchen Corbin, commissioner of the Technical College System of Georgia, has appointed Janice Worth Davis to serve as acting president of South Georgia Technical College (SGTC), following the Sept. 30 retirement of SGTC President Sparky Reeves.  Davis is currently vice president of Administrative Services at South Georgia Tech.
“Janice Davis is a long-standing member of South Georgia Tech’s senior leadership team. She has served as the college’s vice president of Administrative Services since 1995,” said Corbin. “She served the college as interim president on a temporary basis earlier this year during President Reeves’ unexpected illness and did an outstanding job. She also served as the interim president of South Georgia Tech in 2004, after President Jon Johnson retired and prior to the appointment of President Sparky Reeves.”
Reeves said, “I have complete faith in the ability of Janice Davis and the other senior staff members to continue the positive direction of South Georgia Technical College while the Commissioner and the Technical College System of Georgia State Board begin the process of searching for a new President. She and the other senior staff members are actively involved in overseeing the day to day operations of the college which includes business and finance, academic affairs, student success, economic development, and marketing and foundation activities. South Georgia Tech is in good hands.”
Davis thanked Corbin and the State Board for the confidence placed in her to lead the college during this interim period.
“I am honored to be selected to fulfill this role until a permanent replacement can be found,” said Davis.  “South Georgia Technical College has a very experienced and strong leadership team and together we look forward to continued progress toward achieving our strategic goals of student success and providing benefits to the communities and businesses we serve and support.”
Davis has served on the senior leadership team at South Georgia Tech for over two decades. She is a Certified Public Accountant (CPA) and has taught accounting for the college in addition to her tenure as VP of Administrative Services. She also served as the college’s first athletic director for the nationally ranked NJCAA Jets and Lady Jets basketball programs.
A native of Alma, she earned a bachelor of business administration with a major in accounting from Valdosta State University and a master of accountancy from the University of Georgia. She has been a CPA since 1983, and worked in that industry until joining the instructional staff of South Georgia Tech in 1992.  She and her husband Mike have two grown sons.