Breast cancer survivors of a different kind: Those left behind 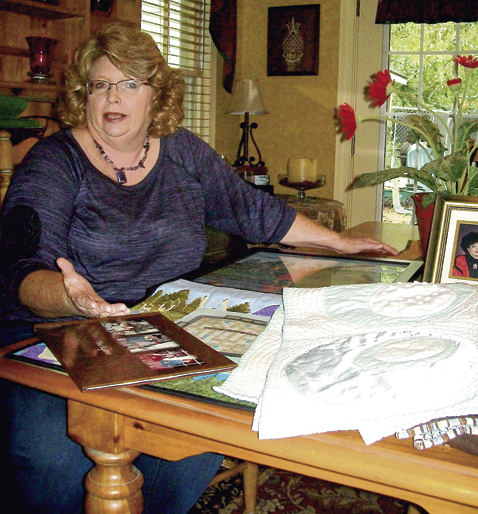 Valerie Duff displays mementos that connect the family to her mother, Coy Lou Ryan, who died of breast cancer 12 years ago. 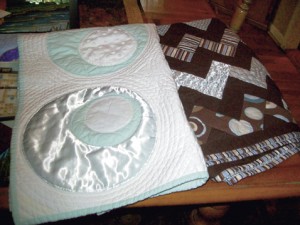 Quilts that Valerie Duff has made, using pieces cut from her mother’s satin gowns, incorporated among other quilting materials. 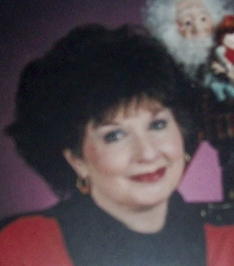 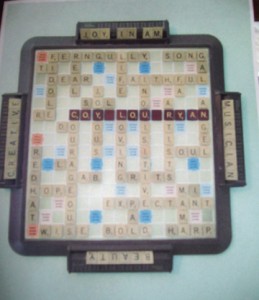 Valerie Duff’s Scrabble board with her mother’s name spelled out. 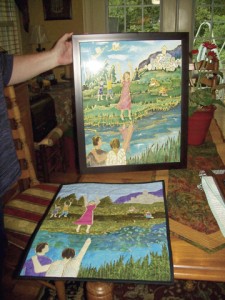 Valerie Duff reproduced a painting, ‘Welcome to Heaven’ by her mother Coy Lou Ryan as a quilt.