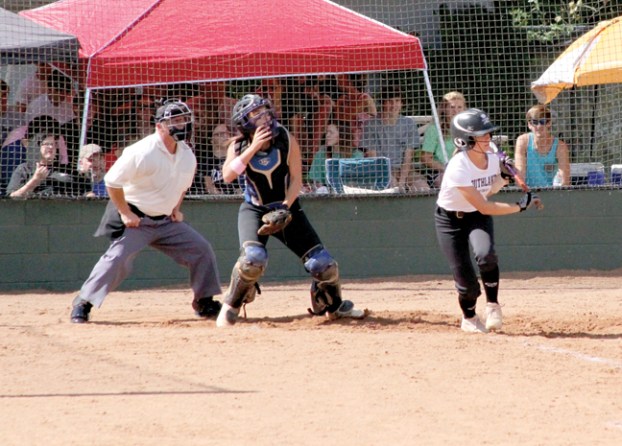 Michael Murray/Americus Times-Recorder: Lady Raider, Savanna Swann, takes off for first base after belting the ball deep into the outfield during the first round of the GISA softball quarterfinals in Americus. 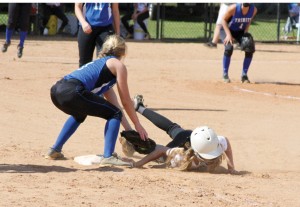 Michael Murray/Americus Times-Recorder:
Lady Raider, Brandi Sellars, dives back to the bag to avoid getting picked off in the first match of the GISA softball quarterfinals in Americus.