AMERICUS — Former Americus resident and former employee of the Americus Times-Recorder, has just published a book and will have a book signing later this month here in town.
Mary Louise Henning, wife of former Times-Recorder publisher Daryl Henning, was born and raised in Lakeland, Ga., and lived in South Georgia for 40 of her 60 years. Seven of those years were in Americus where she worked for the newspaper and at Sumter Regional Hospital. Both of her sons, Jason and David Waters, graduated from high school in Americus. The eldest, Jason, married the former Julie Parrott in Americus, where her family still resides. Mary Louise and Daryl Henning moved to Kansas almost 17 years ago, near his home town.
Henning is involved in women’s and children’s ministries at her church, Church of the Open Door. She’s president of the Leavenworth Kiwanis Club and president of the Salvation Army Advisory Board in Leavenworth.
She recently graduated from Calvary Bible College in Kansas City, Missouri, with a bachelor’s degree in advanced biblical studies and a minor in women’s ministry. Her book, “Women in the 21st Century Church,” was published in June.
“As I researched, studied and resolved personal issues concerning women in the church, it became apparent that others struggle with the same things,” Henning told the Times-Recorder. “Culture has diluted and distorted the truth of God’s word, leaving many confused. This book was written for women seeking help and hope in an uncertain world. We are continually bombarded by unrealistic expectations that leave us feeling inadequate on so many levels. I hope women will be inspired and encouraged to realize their value and significance in this world.”
Henning says her book includes  a cross-section of women from the Old Testament and New Testament.
“We are the same women dealing with the same issues,” she said. “The only thing that has changed is environment and culture. The book tells the stories of these women and then applies their life lessons to ours.”
Henning’s women’s ministry, Ultimate Grace for Women, recently launched, and she hopes her book will provide opportunities for speaking at women’s events throughout the country.
Henning returns to Americus on Oct. 30 to sign her book at BitterSweet, downtown. From 11 a.m.-1 p.m., her books will be available at the event and are also available in print and Kindle versions at Amazon.com. A portion of the proceeds from the book will be donated to the Kansas Chapter of Unlock Freedom, awareness and prevention of human trafficking of young girls and boys. 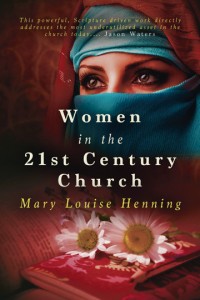