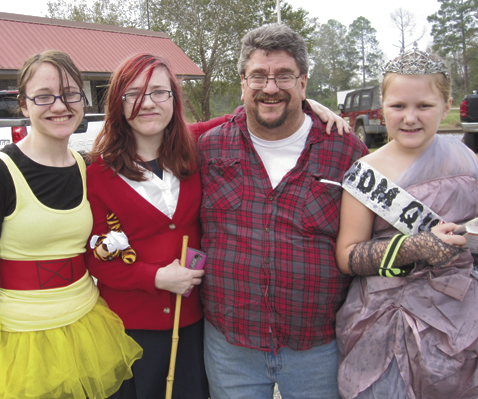 SMITHVILLE — Saturday marked the 20th anniversary of the Chicken Pie Festival in Smithville. Held on Main Street, the festival was full of all sorts of fun events. Held the last weekend in October, the event has been a mainstay for the town and its inhabitants.
Under the skilled organization of Mari Nel Hickman, the Chicken Pie Festival brings together people from all over the area. Asked what keeps her doing it year after year, she said, “Because it is my hometown and I love it! It is a lot of work, but so worth it. I get to have all my family together in one small spot!”
It would seem Hickman spoke true, and as the day unfolded, young and old alike gathered together on Main Street. Some danced while others sang along to the tunes flowing from the stage. On hand to entertain the masses was “Elvis”, a tribute artist. Of the event Elvis said, in his signature “hound dog voice,” that he enjoyed the camaraderie, the coming together of hometown folks, and the laughter of the children echoing through the trees.
Smithville Mayor Jack Smith said the festival has been a long time in the making, and at one time, had the opportunity to move the festival to another city.
“This is the Smithville Chicken Pie Festival!” he said. “We are going to keep doing it here in Smithville, and we even hope we can continue to grow,” he said.
Patrick Eidson, driving his red convertible down Main Street, his car full of fellow festival goers, said it best and simply, “I like the (chicken) pie!” 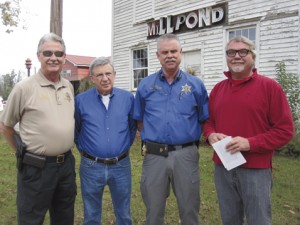 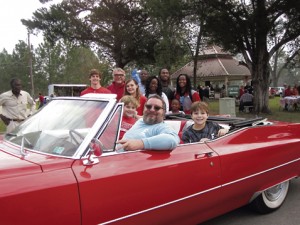 Patrick Eidson and friends take a cruise down Main Street during the 20th anniversary of the Smithville Chicken Pie Festival. 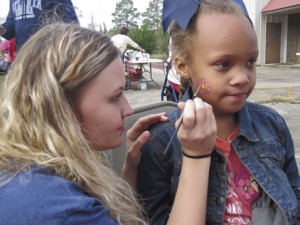 Saniyah Hightower, 5, has her face painted with a lovely pink flower, saying that was her favorite part of the festival. 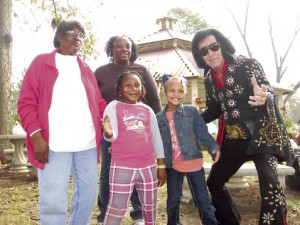 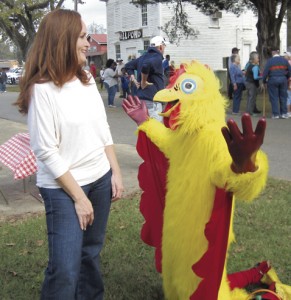 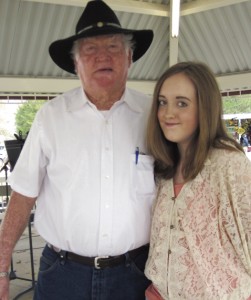