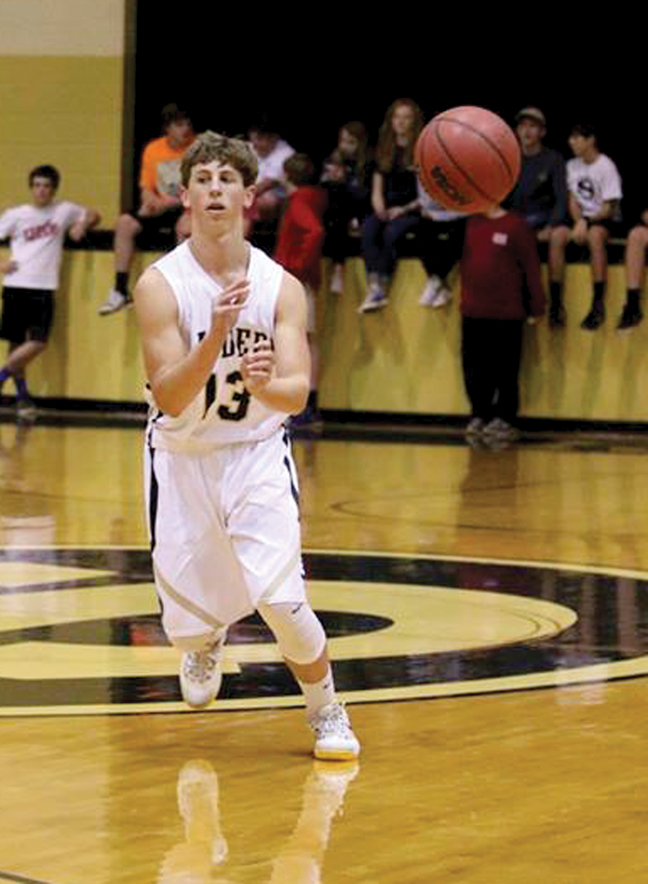 Photo by Sheri Bass: Southland sophomore, Alex Roach, passes the ball to one of his teamates during the Raiders’ Dec. 8 contest against Crisp Academy. Roach scored 15 points for the Raiders in the team’s Dec. 12 match-up against the Westfield Hornets.

AMERICUS – The Southland Academy Raiders’ basketball team dropped their first decision of the season to the Westfield Hornets on Dec. 12 in Americus. The heated contest saw the Raiders battle until the final seconds of the contest but, unfortunately for the home team’s fans, the Southland boys were unable to overcome Westfield’s lead as the visitors snagged the 77-65 win.
The Raiders are left with an overall record of 3-1.
Southland’s Jamaal Rice paced the team in the contest, scoring 18 points, followed closely by Alex Roach, who connected on ten free throws on his way to adding another 15 points.
Josh McKie also tacked on nine points for the Raiders while Landon Henson dropped in eight.
The Raiders will travel to Valdosta on Dec. 18 to participate in a tournament at Valwood. After the Christmas break, the Raiders will travel to Elmore Alabama to participate in Edgewood Academy’s Border Wars Tournament.
The Raiders will begin GISA Region 3-IAAA competition on Jan. 5, battling the Westwood Wildcats in Camilla.