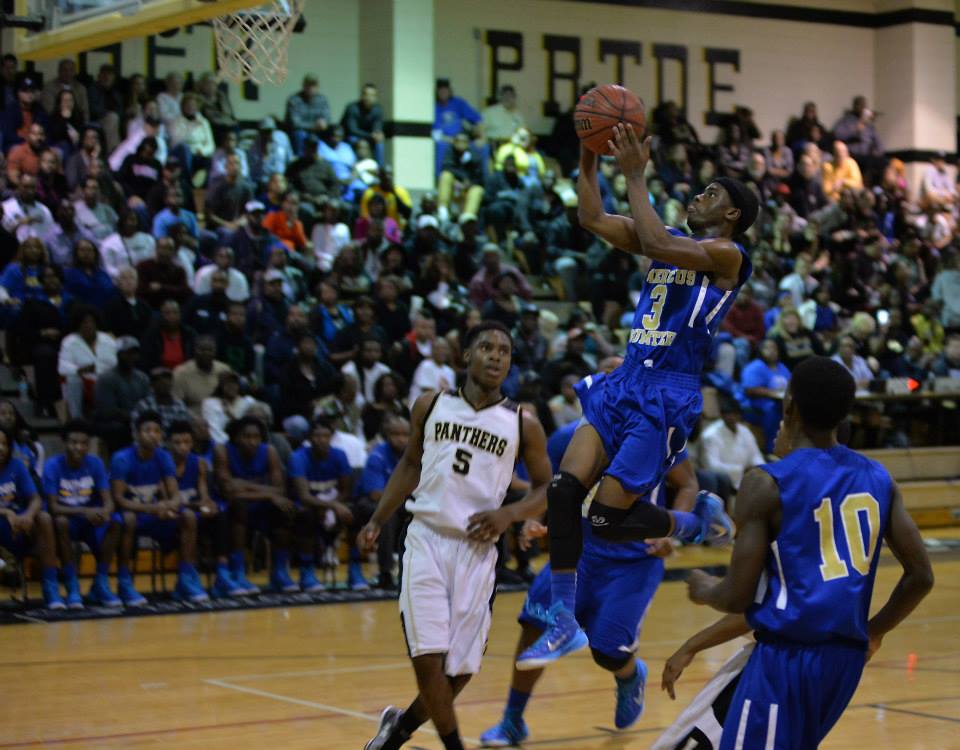 Photo by Chris Usrey/Sumter County Schools: This photo from the Feb. 27, 2015 edition of the Times-Recorder shows ASHS senior, Juwan High, taking a jumper in the elite-eight round of the AAAA state playoffs. The Panthers fell to Liberty County in the match, leaving them with a top-eight state finish on the season. High later signed a scholarship with Albany State. 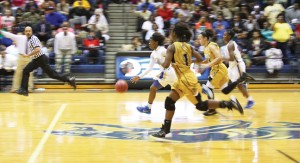 Michael Murray/Americus Times-Recorder:
This previously-unpublished ATR file photo shows Atyanna Gaulden making a break for the basket past a pair of Carrollton defenders in the third round of the 2014-15 state playoffs. Her teammate, Timia Swanson, follows close behind in the Feb. 24 match. Gaulden went on to sign a letter of intent to join Florida State University’s basketball team during the 2016-17 season. 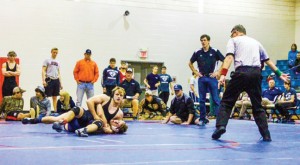 Submitted by Patrick Calcutt:
This photo, previously unpublished in the Times-Recorder, shows 2015 Southland graduate, Ryan Landreth pinning an opponent during the GISA region 3-IAAA wrestling tournament in Albany. Landreth took first place honors in the 145-pound weight class in the tournament. Landreth would go on to win the state championship in his weight class a few weeks later. 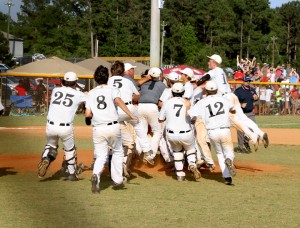 Michael Murray/Americus Times-Recorder:
This photo, from the May 22 edition of the Times-Recorder, shows the Schley County Wildcats’ victory celebration after winning the Class A state championship. The Wildcats lost only one player to graduation last year, so Schley’s 2015-16 baseball team is certain to bring a similar level of competition to the diamond this spring. 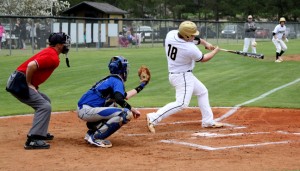 Michael Murray/Americus Times-Recorder:
This photo, from the March 30, 2015 edition of the Times-Recorder shows Southland first-baseman, Hunter Weldon, taking a powerful swing during a contest between the Raiders and the Terrell Academy Eagles. At the time this photo was taken, Weldon had already signed a letter of intent to attend Berry College on a football scholarship in 2015-16. 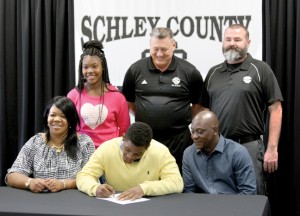 Michael Murray/Americus Times-Recorder:
This photo, from the April 10, 2015 edition of the Times-Recorder, shows Schley County running back, Tra Minter, signing a national letter of intent to play football for Garden City Community College during the 2015-16 season. Shown with Minter are his family members and members of the Schley County Wildcats’ coaching staff. 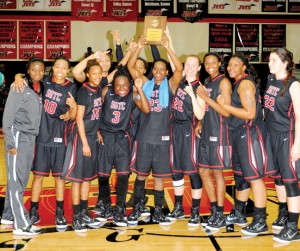 Submitted by South Georgia Technical College:
This photo, from the March 13, 2015 edition of the Times-Recorder shows the SGTC Lady Jets celebrating after defeating Denmark Tech in the NJCAA District J Championship game. With the victory, the Lady Jets earned the right to advance to the NJCAA National Tournament in Salina, Kansas.