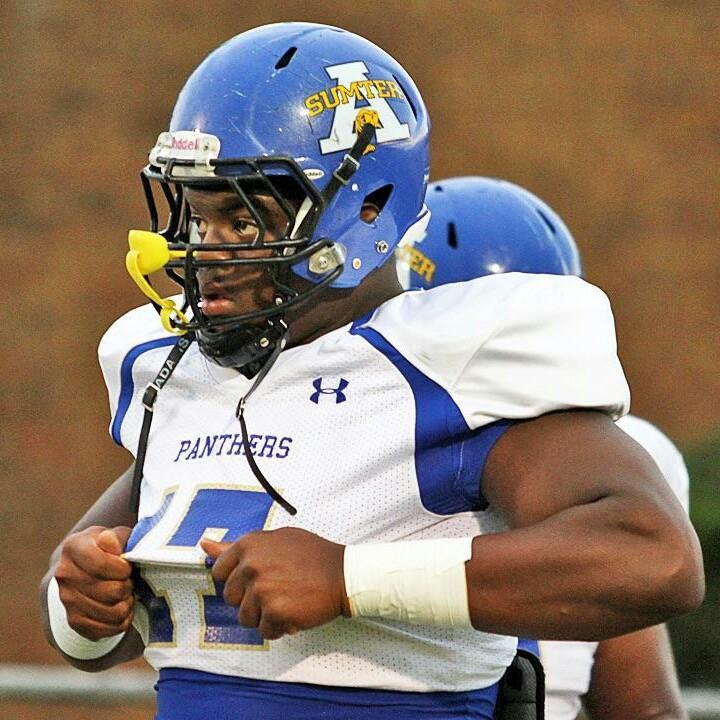 DAYTONA, FL. – Tyler Clark, a senior at Americus-Sumter High School, was recently named an Offense-Defense Diamond in the Rough and invited to participate in the 10th-annual Offense-Defense Bowl Week festivities, which took place at Municipal Stadium in Daytona Beach, FL. The Bowl Week Festivities began on Dec. 29.
Clark, a University of Georgia commit, played the defensive end position for the Americus-Sumter Panthers during the 2015-16 season.
In this role with the Panthers, he was singled out for this honor from a group of young athletes numbering in the hundreds of thousands from across the country.
According to a press release from Sumter County Schools, “Clark was chosen as a result of the quality and determination of his performance on the gridiron as a representative of the Panthers, easily validating the Bowl Selection Committee’s choice in tabbing him for the Diamond in the Rough event.”
The Offense-Defense Diamonds in the Rough game is part of a week-long series of events including the 10th-annual Offense-Defense All-American Bowl, an All-Star football game showcasing 80 of the top high school seniors in the country.
The program has featured current NFL pros such as Cam Newton, Joe Haden, Earl Thomas, and Dez Bryant among others before they were collegiate and later professional stars.
Offense-Defense Sports has been running full-contact football instructional camps for the past 45 years and currently operates in approximately 40 camp locations nationwide every spring and summer.