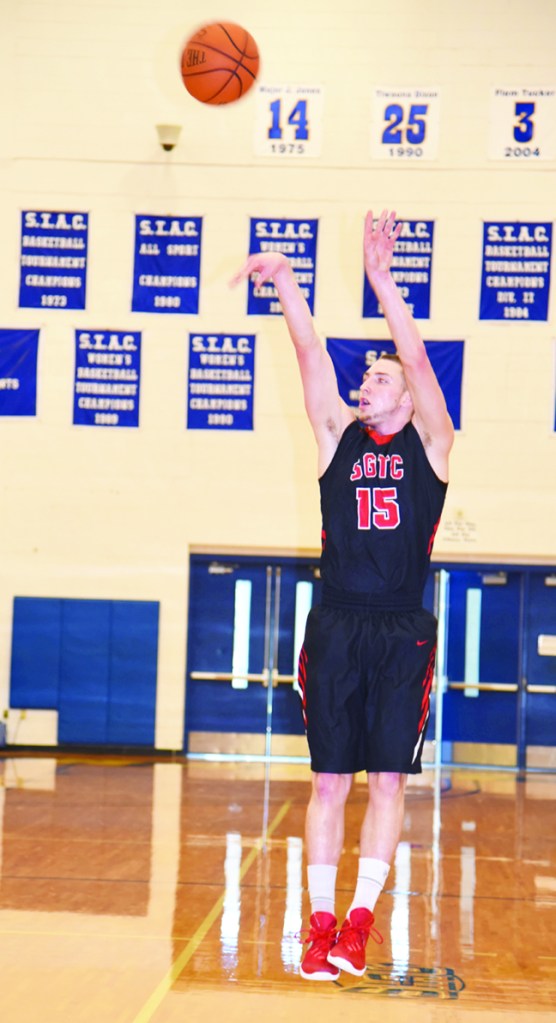 ALBANY – The South Georgia Technical College (SGTC) Jets and Lady Jets traveled to Albany on Jan. 17 to take on conference opponents, Albany Tech. The Jets and Lady Jets brought their “A-game” to the court that afternoon, bringing home a pair of victories over their hosts.
The Lady Jets earned their eighth straight division win over the Lady Titans to improve the SGTC ladies’ conference record to 8-1. The Lady Jets suffered their only division loss of the season at the hands of Central Georgia Tech in early December.
With the win, the Lady Jets remain at the top of the pile in Georgia Collegiate Athletic Association (GCAA) competition.
After the win, the Lady Jets’ overall record stands at 18-4.
The victory snapped a five-game skid for the Jets, leaving the team’s GCAA record at 3-5 on the season.  The Jets’ overall record currently stands at 12-10.
The Lady Jets fell behind slightly in the first frame of their contest, taking an 11-10 deficit into the second period. SGTC’s shooters heated up in the second stanza to tack on another 20 points while holding their hosts to only six to pull ahead 30-17 before half-time.
The two teams battled through the third period, going point-for-point as each team added 18 to their tally and the margin remained the same.
The Lady Jets weren’t finished, however, and outscored the Lady Titans 20-7 in the concluding period to earn the 68-42 win.
Angela Tompkins set an impressive pace for the Lady Jets in the win, earning a double double with 29 points and 16 rebounds. Tompkins also contributed a pair of blocks to slow the Lady Titans’ offense.
Cierra Bond followed Tompkins’ lead, draining four three-pointers on her way to 16 points. Bond also pulled down five rebounds.
Brittney Delva grabbed six rebounds and dished out eight assists in the match while Le’Deija James contributed seven rebounds and five steals.
Altogether, the Lady Jets pulled in 50 rebounds and dished out 12 assists.
After the dust settled, the Jets took the court to face their Albany Tech counterparts.
The Jets got the jump on the Titans early in the first half, outscoring their hosts 37-31 in over the initial 20 minutes of play. The Jets continued their offensive onslaught after the half-time break, tossing in 13 more points than their opponents to earn the 84-65 victory.
SGTC’s Patrick Welch came off the bench and connected on four shots from beyond the arc to lead the Jets to victory with 19 points. Matt McMorris and Demario Beck followed close behind with 15 points apiece. Beck brought down eight rebounds for the Jets in the contest while McMorris grabbed seven.
Corbyn Jackson was the other player to score double figures with 12 points contributed to the Jets’ cause.
Torico Simmons and Jackson led the team in assists, each dishing out two. Isaiah Channer and Beck led the team in steals with three apiece.
Jalen Mitchell hit a trio of three-pointers to contribute nine points to the win.
Altogether, the Jets connected on 55.6 percent of their shots from inside the arc while sinking 52.6 percent of their attempts from three-point territory. SGTC’s shooters sank 77.8 percent of their shots from the charity stripe.
The Jets pulled in 31 total rebounds in the contest.
Both SGTC teams return to action in Americus on Jan. 23. The Lady Jets will be defending their winning streak against the Central Georgia Tech Lady Cougars, who dealt the team their only GCAA loss on Dec. 2.
The Jets will then battle the Central Georgia Tech Cougars, attempting to avenge a narrow early-December defeat.
Both SGTC teams will then take a short break before traveling to Swainsboro on Jan. 26 to battle East Georgia College.

Leonard lights it up for GSW men in win…