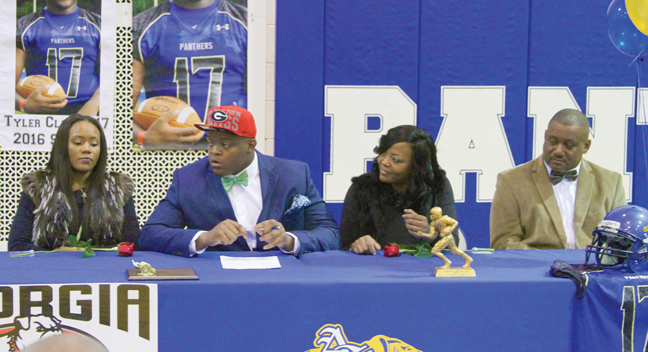 Michael Murray/Americus Times-Recorder: ASHS’ Tyler Clark, second from left, prepares to sign his national letter of intent and scholarship agreement during the school’s National Signing Day ceremony. Clark signed on to play football for the University of Georgia Bulldogs in the 2016-17 season. Clarke is joined at the table by family members. 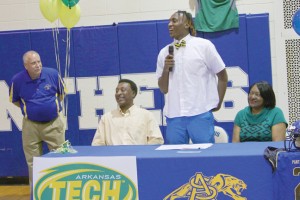 Michael Murray/Americus Times-Recorder:
Mekall Yancie addresses the crowd before inking his NLI during the ceremony at ASHS on Feb. 3.Yancie will be playing with Arkansas Tech in the 2016-17 season. Yancie is joined by his parents at the table.

Falcons soar away from GSW hoops