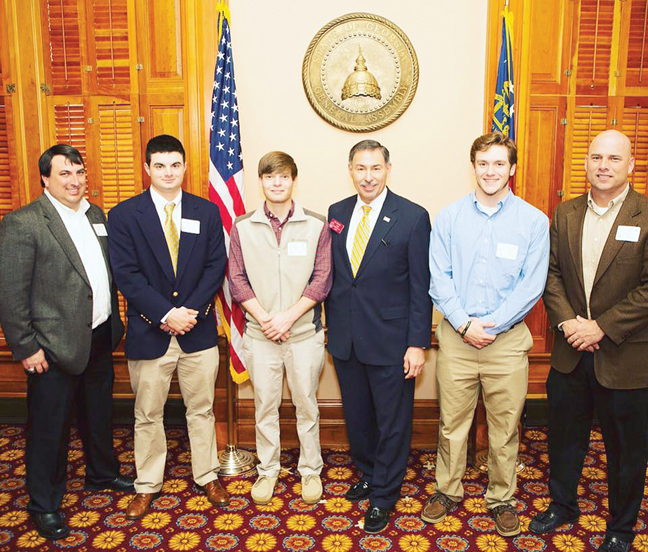 ATLANTA – On Jan. 26, the Schley County Baseball Team traveled to the Georgia State Capitol in Atlanta  as guests of state Rep. Mike Cheokas.
The team was recognized with a resolution from the Georgia House of Representatives, commending them on their 2015 GHSA Class A State Championship.
Schley senior team member, Michael Leeder, was asked to speak to the House members and gave a short message thanking Speaker Ralston, Rep. Cheokas, and the rest of the representatives for the opportunity to attend the House session.
Leeder thanked his coaches and administrators as well as the communities of Ellaville and Schley County for their support and encouragement during the 2015 season.
After the presentation, the team was invited to enjoy lunch with Cheokas at The Varsity.
The Wildcats’ head coach, Chuck Cheek, who was recently honored as Single A Coach of the Year by the Georgia Dugout Club, said in a press release that the experience of traveling to the capitol as guests of Representative Cheokas was “ a great honor and a privilege,” and that, “The coaches and players would like to thank Chairman Cheokas for his tremendous hospitality and the great experience that the team had at the Capitol.”