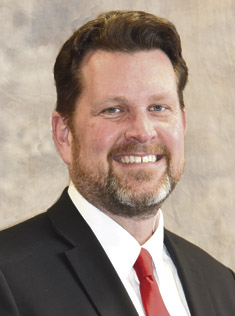 ATLANTA — Commissioner Gretchen Corbin announced ealrier this week that John Watford, Ed.D., will be the new president of South Georgia Technical College (SGTC). The state board of the Technical College System of Georgia (TCSG) voted during its monthly meeting Thursday to accept Commissioner Corbin’s recommendation of Watford to the position.
Board member Dick Porter of Cairo made the motion to accept Corbin’s recommendation of Watford and the full board voted unanimously to approve his selection. Watford will assume his duties as president on April 1, 2016.
“Dr. Watford has dedicated years of service to South Georgia Technical College and has an outstanding track record of success,” said Corbin. “SGTC is key to workforce development in its region and I know Dr. Watford will continue to maintain the college’s upward trajectory in exceeding the needs of both students and industry in this community.”
Watford currently serves as vice president for Academic Affairs at SGTC. Since beginning his career there 26 years ago, he has also served as director of Information Technology, director of Instruction and vice president of Operations for the Crisp County Satellite Center. Watford has been integrally involved in the college’s partnerships with several businesses and industries including Caterpillar, John Deere, and Kauffman Tire. During his time at the Crisp County Satellite Center, he oversaw a 24,000-sq.-ft. expansion project, including additional medical labs, classrooms, and a Quick Start economic development lab.
A native of Georgia, Watford began his professional career at Metalux Lighting in Americus. He holds aa doctorate in educational leadership from the University of Georgia as well as an master of science in business administration and a bachelor of science in math, both from Georgia Southwestern State University. Also, he holds a specialist in education degree from Columbus State University. Watford and his wife Barbara live at Lake Blackshear. They have three grown children.
“I am deeply humbled but very excited to be selected as the next leader of South Georgia Technical College,” said Watford. “Having served at the college for the majority of my professional career, I am keenly aware of the tremendous legacy of South Georgia Tech and understand how deep its roots run in this community. I look forward to working with the exceptional faculty and staff at the college in this new role. My top priority is to continue to strengthen business and industry partnerships, add new partnerships, and expand program offerings to provide more opportunities for our students.”
Watford will be the seventh president of South Georgia Technical College, which was founded in 1948, and is the second-oldest technical college in the state. He succeeds previous president Gary Lamar “Sparky” Reeves. Janice Davis, who has served as interim president, will resume her previous position as vice president of Administrative Affairs.
“Dr. Watford’s long record of leadership at South Georgia Technical College has helped the college achieve the high level of recognition and engagement it now enjoys throughout the region and I know he will guide the college to even greater achievements,” said Corbin. “I also know that the entire South Georgia Tech community joins with me in thanking Janice Davis, who has done an outstanding job of leading the college as interim president.”