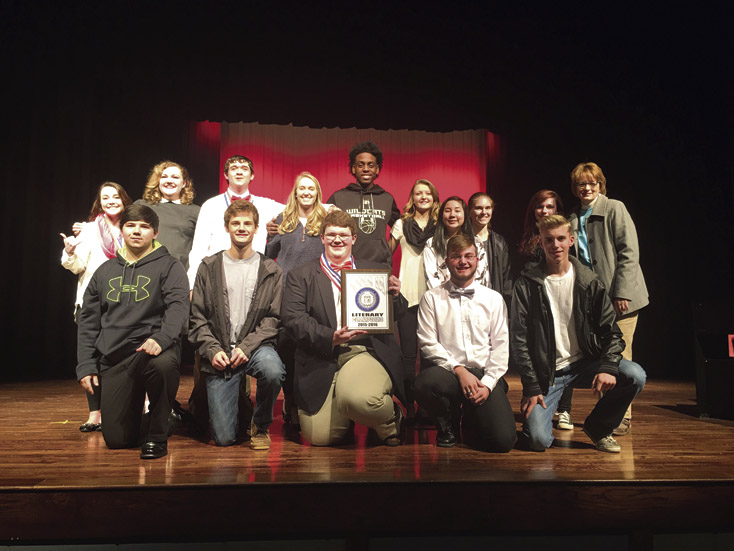 Ellaville-Schley historic society phone committee meets
The Ellaville-Schley County Historical Society telephone committee met Feb. 23 to prepare for the annual membership meeting on today, March 5.
This is a important meeting that we have once a year when members rejoin and history is discussed and shared. We are always honored when members or friends speak at the meeting. You do not have to be a member to share history. We welcome anyone.
We have two new phone committee members — Vicki Justice and Mary Ellen McCorkle — so some members will be hearing new voices.
Everyone is invited to the annual membership meeting at 7 p.m. today at the Thomas Edwin Wall Post 191 American Legion in Ellaville.
Your phone  committee will remind you of this special event. Hope to see you there.

Schley County Family Connection meets
On Feb. 25, the Schley County Family Connection had its monthly meeting at noon at the Thomas Edwin Wall Post 191 American Legion.
John Greene, coordinator, welcomed everyone  and asked Michael Johnson to ask the blessing.
After a delicious meal was served, John introduced the guest speaker, Michael Johnson of the Georgia Family Connection Partnership. He spoke on Family Connection’s 2016 Annual Plan  which were approved. He spoke about the Schley County Family Connection having begun to achieve relationships throughout Schley County. He also praised John Greene for strengthening the collaboration. He was hired in 2008, and has a great job by increasing the activities of the local organization.
After the speaker the members made their reports.
Fran Kinservik, director of the Schley County Department Family Children Services, announced that they are hiring one person for two counties, Macon and Schley. Contact Fran at the Ellaville office.
Kiara K. Loud reported on an early intervention program, “Babies Can’t Wait,” which helps babies with developmental issues.
Adam Hathaway, Schley County School superintendent, announced that they would be starting on the new addition to the  elementary school in May and he passed out pamphlets about the school system.
Two guests — Buck Fleming and Deandra Jones, directors of Outreach of the Georgia Democrat Party — spoke about expanding Medicaid.
John Greene announced that the American Legion celebrates its birthday at 7 p.m. March 17.
The Rev. Jesse Carson spoke on The Church International and what they are doing in the community.
Nancy Collins of Middle Flint Behavioral Health Care reported that they will be testing for different kinds of diseases and illnesses.
Karen Albritton, reporting on the Lighthouse Children Advocacy Center of Americus , said they’ve hired a full-time therapist, Rebecca Ferguson, to work with the six counties that they cover.
Brenda Welch, reporting on the Schley County Extension Service, said she had taken 4-Her’s to Rock Eagle for special projects competition and two placed first, one placed second and one placed fourth,
Linda Adams reported on the Schley Community Foundation which is planning to build a playground for children and are in need of donations for this special project.
Leslie Minter reported for the City of Ellaville has a new City Manager and that the City will start using County water until the City can get the pipes fixed. It will be about two or more years.
About 25 attended the meeting.
Next month will be a very big meeting. The Family Connection has invited local businesses, organizations and the regular committee. This will be held at noon at the Legion.

Keith Wishum: How is your pie?