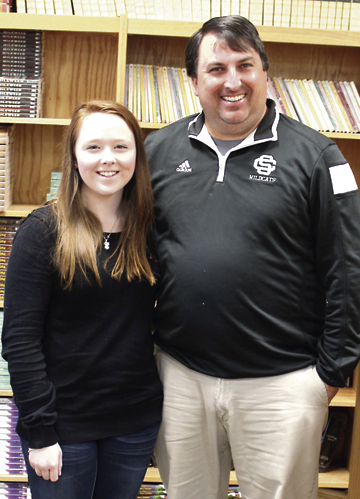 ELLAVILLE — Schley County High School’s Karen Weathersby has been named the 2016 STAR student, and she has selected William Rooks as her STAR teacher.
To be named STAR student, a student holds the highest SAT score in the school (which must be equal or higher than the national average) and be in the top 10 percent of her graduating class.
Weathersby, according to Coach Rooks, “is the type of student every teacher wants to have.”
Rooks adds, “Her drive and initiative are second to none.”
Weathersby says Coach Rooks, “goes out of his way to instruct with real-world information that is vital to one’s transition into adulthood.”
Both Weathersby and Rooks will be honored next week at the STAR Banquet in Columbus.