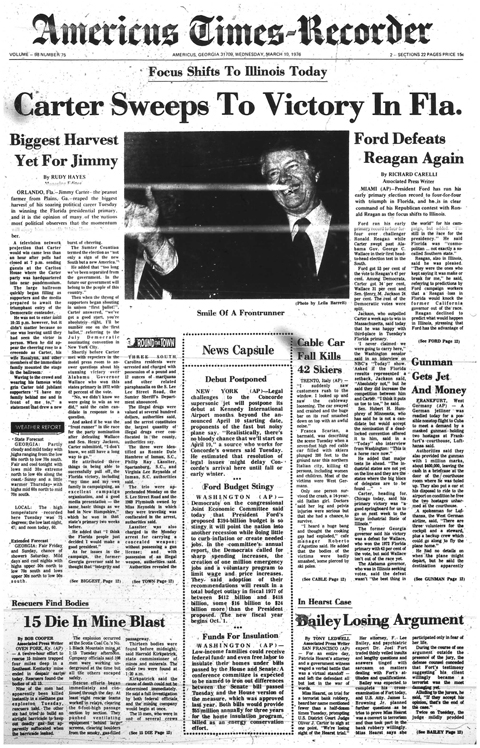 The Battle for the South: Carter beat Wallace in Florida in 1976