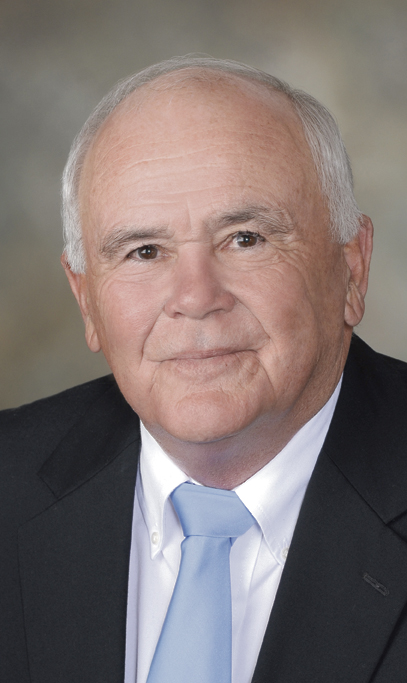 AMERICUS — Former Americus Mayor Bill McGowan, in announcing his candidacy for the District 138 seat in the Georgia House of Representatives, issued the following.
“Bill McGowan has a passion for helping people in his community, for finding out where their interests lie and for wanting to help make their lives just a little bit easier. Now he’s taking that passion further by qualifying as a Democrat for the District 138 seat in the Georgia House of Representatives; adistrict which includes the counties of Chattahoochee, Marion, Schley, and Sumter.
“McGowan is no stranger to both city and county government, having served two terms as Mayor of Americus and, most recently, Sumter County Tax Commissioner. In addition, he twice served on the Americus City Council. So he knows what the people of District138 expect, someone who looks at a term in the Georgia House as more than just a forty day job, but a full time position that goes far beyond the House floor in the Capitol.
“ ‘I believe my years of experience in government will enable me to serve the people well. Our district, as well as other areas in the state, is facing the key challenges of educational improvement, economic development, health care reform and public safety. I am committed to work hard on these challenges and others that we all face every day.’
“He has served on the Americus City School Board, the State of Georgia Regional Advisory Council, and the Board of Directors of the Middle Flint Regional Development Center. In addition, he has served as chairman of the Sumter County Emergency Management Committee, president of the Eighth District Georgia Municipal Association, chairman of the State of Georgia Power Alley Authority, and ex-officio director of the Americus Sumter County Chamber of Commerce.
“A native of Americus, McGowan graduated from Americus High School and earned his bachelor of science degree in political science from Georgia Southwestern College. A Vietnam veteran, he served his tour of duty in Vietnam as part of the U.S. Air Force Security Police.
“He is married to Charlene McGowan, a retired school counselor with the last 10 years spent in the Schley County School System, nd they have three children, son Babe and wife Michelle, Harry and wife Michelle, and daughter Amy Addison and husband Scott. Their grandchildren are Aidan and Collan McGowan and Marlie and Gracie Addison. Retired after 26 years with the Southern Company, McGowan is a member of First Baptist Church of Americus and the Americus Kiwanis Club. He is a Mason, a Shriner, a past commander of American Legion Post 2 and vice- commander of the VFW.
“McGowan is a family man and wants to make sure that the same opportunities and values that existed for his generation continue to exist, not only for his children and grandchildren, but for all citizens of District 138.”