AMERICUS — South Georgia Technical College’s (SGTC) David Finley and Michele Seay both recently completed their studies to earn their doctoral degrees. Finley earned his doctor of education in adult education from the University of Georgia, and Seay earned her doctor of education in counseling psychology from Argosy University.
Prior to earning his doctorate, Finley earned his master of education in adult education from the University of Georgia, and a bachelor of science in restaurant, hotel, and institutional management from Texas Tech University. He was named Academic Dean at SGTC in January 2015, and prior to that he had been the program director and instructor of the culinary arts program, which he developed and began in 1997, and grew the program from four students to over 90. Prior to teaching at SGTC, he served as the food service director for Aramark on the SGTC campus from 1992 to 1999, and was the assistant food service director for Aramark from 1991 to 1992. He has been involved as an advisor for SGTC’s Student Government Association and SkillsUSA. 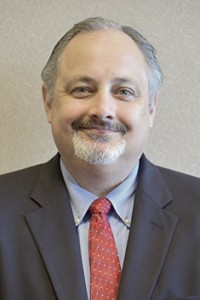 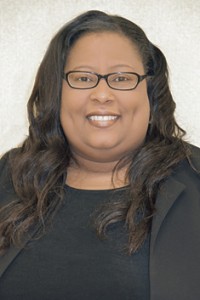 In addition to teaching and working in the culinary arts field, Finley also served as a first lieutenant, Quartermaster Office in the U.S. Army Reserves.
Finley is also a graduate of the Georgia Academy for Economic Development and was the SGTC Instructor of the Year in 2006. He is also active in the Jets Booster Club, the Knights of Columbus, and Sumter Players Inc. He and his wife Miriam have two children and reside in Americus.
Seay previously earned her master of science in counseling and psychology from Troy University and a bachelor of arts in sociology from Albany State University. She is the division and department chair for General Education and Learning Support at SGTC, and she has been a general core instructor of psychology since 2000. Seay is also the consortium chair for psychology, sociology, and interpersonal relations. She was also the Chief GED Examiner from 1999 until 2003, and GED Examiner from 1999 until 2013, for Albany Technical College and South Georgia Tech. She has also served as adult education coordinator for Learnetwork, program coordinator for Crisp County School System’s After School Program, and assistant director for the After School Program at Visions for Sumter.
She serves on the Georgia Performance Standards for Social Studies Advisory Committee for K-12 education, and has served on SGTC’s internal TechForce committee for several years. She is also a member of SGTC’s Quality Enhancement Plan (QEP) Committee, Academic Planning Team, Achieving the Dream Committee, and is an advisor for SkillsUSA and the Student Government Association.
Seay is the daughter of Carrie Williams, and attends Daniel Grove Missionary Baptist Church in Americus, where she serves as the church secretary. She has three siblings — Deborah Jones, Ed.D. (who also works at SGTC as the Student Navigator), Yvonne Iverson, and Evette Thomas. She resides in Americus.