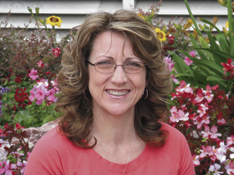 AMERICUS — Carleen Wise of Plains was recognized as Georgia Southwestern State University’s (GSW) Outstanding Scholar during the March 2016 meeting of the University System of Georgia’s (USG) Board of Regents. In a special ceremony, Chancellor Hank Huckaby recognized the top students from each USG campus.
Wise will graduate in May with a bachelor of business administration in management.
“It is surreal that a non-traditional student like me could be chosen for this award,” said Wise. “It just proves that where there is a will there is a way and that hard work and dedication really do pay off.”
“Carleen Wise is a dedicated student and is deserving of this recognition,” said GSW Interim President Charles Patterson. “She has embodied true dedication in completing her bachelor’s degree as a full-time working professional, and doing so with highest honors. Carleen serves as a great role model for current and future Georgia Southwestern students.”
As the recipient of this award, Wise was honored during the annual Academic Recognition Day in the Georgia General Assembly, and she will receive a signed resolution from both the Georgia House of Representatives and the Senate.
“Carleen Wise is a wonderful illustration of the saying ‘keep your eye on the prize,” said Liz Wilson, dean of the GSW School of Business Administration. “She left school after earning an associate’s degree in 2001 to begin her career and returned to GSW in 2010 to pursue a BBA in management.”
Since returning to school, Wise has completed 97 hours with only one “B” and currently carries a 3.97 grade point average (GPA). The Outstanding Scholar Award represents superb scholastic achievement. A student must have a near-perfect GPA even to be considered for this award.
“Carleen generally takes two courses a semester plus one in the summer,” added Wilson, “so her progress has not been rapid, rather, steady and spectacular. And while she takes most of her classes online because of her work schedule, she is always willing to volunteer on campus to recruit or assist in business honorary inductions. We couldn’t be prouder of her accomplishments.”
Wise is currently employed as a senior buyer at Raytheon Intelligence and Information Systems in Albany. As a GSW student, she is a member of the Gamma Beta Phi honor society and has served as vice president and parliamentarian; the Sigma Alpha Pi, the National Society of Leadership and Success; and Beta Gamma Sigma, the business honor society which recognizes the upper 10 percent of the junior or senior class.
As a closing thought, Wise indicated the level of determination she exhibited in completing her degree, “never let anyone or anything stand in your way of accomplishing your goals.”