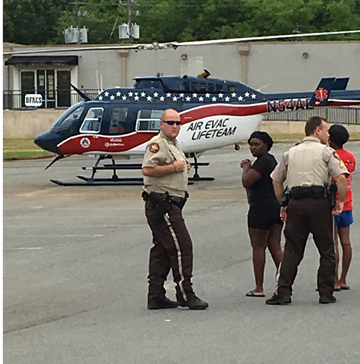 AMERICUS – on the afternoon of May 20, the Times-Recorder received word that another shooting had been reported around 5:00. One individual was hospitalized following the altercation.

According to reports, local law enforcement is currently looking for Thomas Haugabrook, 21, of Americus in connection with the shooting. Police believe that Haugabrook and another male were involved in an altercation in which they exchanged gunfire. The victim remains hospitalized.

The incident is believed to have occurred in the area near the intersection of McCoy and Poplar Streets in Americus.

Anyone with information on the altercation or the whereabouts of the suspect is encouraged to contact local law enforcement.

ASHS to graduate 42 students with honors

From STAFF REPORTS AMERICUS – Americus-Sumter High School will soon be saying good-bye to 42 seniors who will be graduating... read more