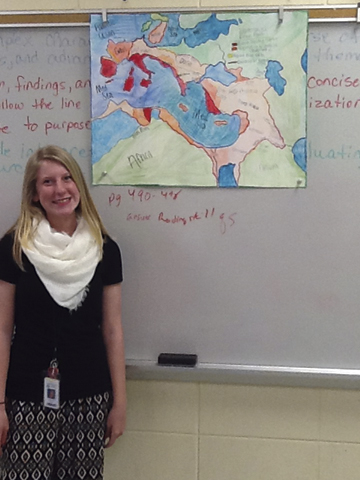 Students in Beth Blankenship’s 10th-grade English class atWebster County High School have finished reading The Tragedy of Julius Caesar. Each student then chose from a choice board which out-of-class activity he or she wanted to complete. Some of the activity choices included making a PowerPoint or Prezi on the life and times of William Shakespeare, creating a map of the Roman Empire during the life of Julius Caesar, or building a model of the Globe Theater. Shown is Casey Willis with her map of the Roman Empire.