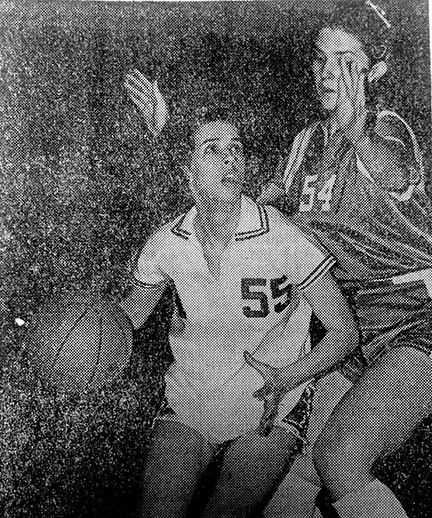 Submitted by Melvin Kinslow: This photo, from an early March, 1966 edition of the Americus Times-Recorder, shows AHS Pantherette, Deborah Mason, blazing past a North Cobb defender in the first round of the state playoffs. Mason was frequently among the top scorers for the Pantherettes during the team’s 1966 season.

From the Archives: Taking a journey through the AHS Pantherettes’ historic 1966 basketball season; part five