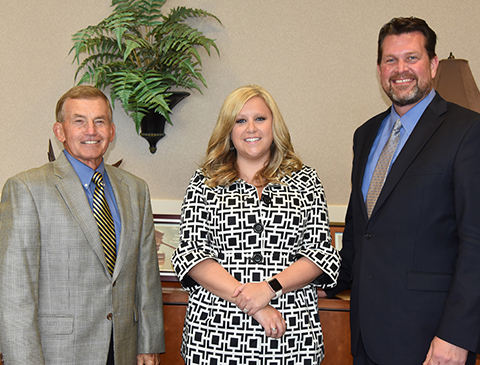 AMERICUS — South Georgia Technical College (SGTC) President Emeritus Sparky Reeves has been named to the Technical College System of Georgia (TCSG) State Foundation Board, announced TCSG State Foundation Board President John Pemberton and Executive Director Lauren Pugh.
“The experience and institutional knowledge Sparky brings to the board is unmatched,” said President John Pemberton, who is a senior vice president with Georgia Power Company. “We are incredibly excited to use his expertise in fundraising to solicit support for our students and further the mission of the TCSG Foundation. I look forward to working with him to continue the work of changing the lives of Georgians.”
Reeves, who retired as president of SGTC on Sept. 30, 2015, has worked with SGTC and the Technical College System of Georgia for over 42 years. He served as a faculty member, supervisor, coordinator, vice president and college president. He was president of SGTC for 11 years and was named President Emeritus upon retirement.
While president at SGTC, Reeves was very instrumental in building partnerships with business and industry giants in order to assist students in their quest for career opportunities.
He was also active with the SGTC Foundation and was a key fundraiser for the college and its foundation.  He helped grow the SGTC Foundation from $3 million to over $8 million in assets.
Reeves will serve on the TCSG State Foundation Board Development Committee which is charged with the task of vetting board member prospects and nominating them for approval by the board. He will also work in close partnership with board members and TCSG Commissioner Gretchen Corbin to expand on current funding priorities while at the same time determining new areas of need.
The mission of the TCSG State Foundation is to support the Technical College System of Georgia through marketing, advocacy and fundraising to benefit the TCSG colleges and their programs, faculty, and students.
The TCSG Foundation Board is comprised of state-wide leaders from the Strategic Workforce Industries as well as leaders in their local communities, civic organizations and businesses.The TCSG Foundation Board guides the TCSG Foundation in its mission, vision, and growth. The board meets four times annually.
John Pemberton, senior vice president for Georgia Power, serves as the president of the board. Tino Mantella, Technology Association of Georgia, is vice president of the board and Cannon Carr, chief investment officer for Corner Cap Investment Counsel, is the TCSG Foundation treasurer.
The other members of the board, in addition to Reeves, are Bryan Batson, president of Atlanta Gas Light, Chattanooga Gas, and Florida City Gas or AGL Resources; Bryant Beadles, president of Balfour Lumber Co.; Scott Bentley, president of Bentley Audio-Visual Services; Jan Flesher, director of Economic Development for Flint Energies; and Kurt Ronn, president and founder of HRWorks.
The TCSG Foundation is a 501 (c)(3) organization.