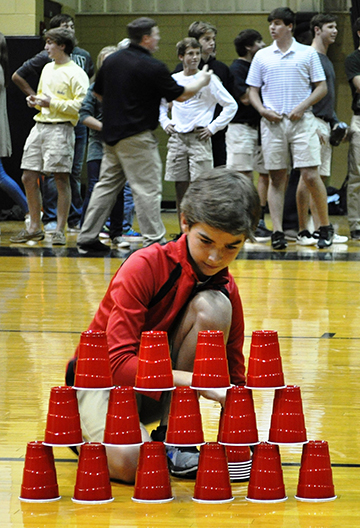 Celebration of the 50th Anniversary of Southland Academy continued among the middle and upper school. On Oct. 24, the 50th Day of School was celebrated. A Celebration Assembly was held and students had a chance to participate in games and win prizes. Games were of varieties such as a Free Throw Shoot Out, Hula Hoop Competition, Water Bottle Flipping, Balloons Gravity, and Stack It Up. All who participated or watched the event had a great time. Shown is Tanner Humphrey competing in Stack it Up.