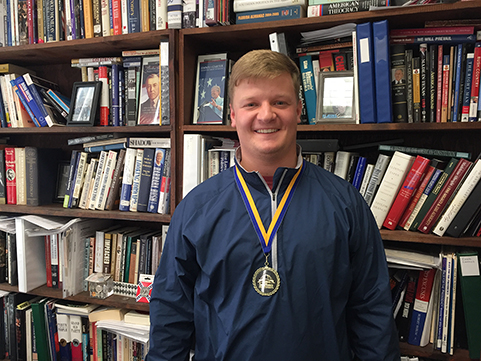 Austin L. Childs graduated from Georgia Southwestern State University on Dec. 9, 2016 with a bachelor’s degree in political science. For his service and commitment to the study of politics, Childs received the inaugural 2016 Applied Politics Award. He was a member of the GSW Student Government Association and was the campaign manager for state Rep. Mike Cheokas in this year’s election. He will be serving as a legislative assistant to State Rep. Lee Hawkins of Gainesville for the upcoming 2017 legislative session.