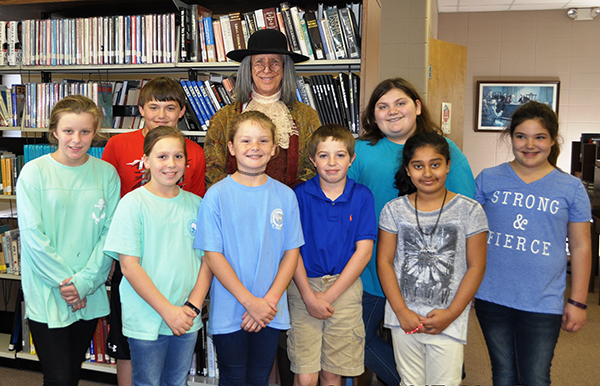 Southland Academy third-, fourth-, and fifth-grade students had the distinct pleasure of meeting ‘Benjamin Franklin’ recently. More so than perhaps anyone else in history, Ben Franklin was extraordinarily successful in many areas of endeavor. However, it was as a man of science that Franklin first came to the attention of the world. The students were able to interact with ‘Benjamin Franklin’ impersonated by Dr. Rich Davis and learn about his greatest scientific achievements, as well as his life and other accomplishments. Many students were able to participate in the show and help Franklin with the program. Shown are Mimi Blaine, Will Godwin, ‘Benjamin Franklin,’ Emily McCorkle, and Mary Katherine Saratsiotis.