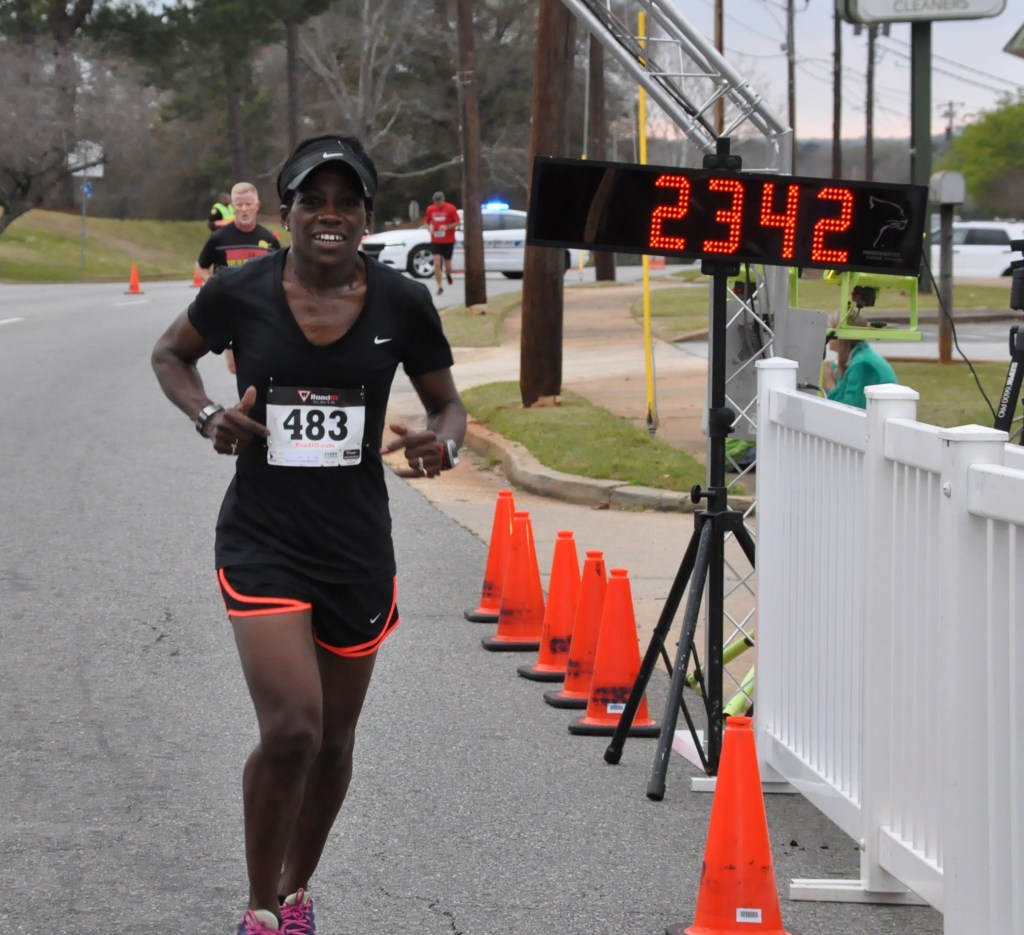 SUBMITTED PHOTO: Local competitive runner, Charlene Pennymon, shown above, was the overall female winner of the Shamrock Jog and Jam 5K event on March 18 in Americus.

AMERICUS – The Seventh Annual Shamrock Jog and Jam, held on March 18 in Americus, was a smashing success.
90 athletes and charity-minded participants came to Americus from all corners of the state to test their speed in the 5K, while many more took part in the one-mile fun run to help raise funds to benefit the Scott Law Foundation.
A young, 19-year-old racer named Jaren Hill took top honors in the 5K competition with an impressive time of 21:08. Mitchell Sinyard followed closely, earning the top spot in the men’s masters division with a time of 21:30.
Local running enthusiast, Charlene Pennymon, won the overall women’s division with a time of 23:43. Laura Dudley took the top honors in the female master’s division with a time of 24:12. 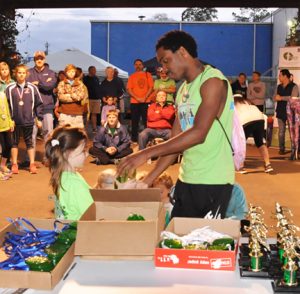 SUBMITTED PHOTO:
Jalen Hill, seen above accepting his award at the completion of he race, was the overall winner of the Shamrock Jog and Jam 5K event on March 18 in Americus.

GSW’s Ward to retire after 14 seasons as head…