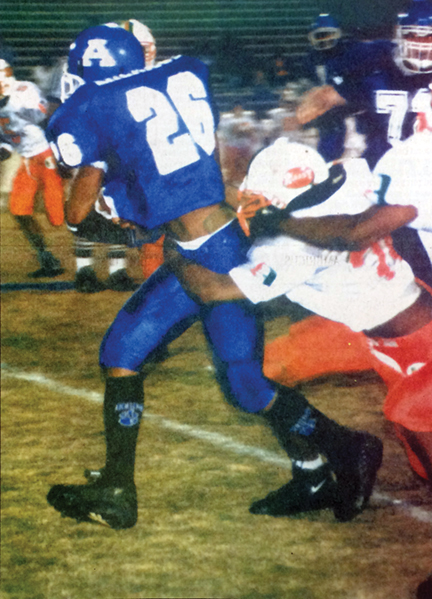 ATR FILE PHOTO TAKEN BY NICK STALLINGS: This photo, published in the sports section of the Nov. 5, 2000 edition of the Times-Recorder was titled, “GET OFF OF ME”. The photo’s original cutline reads: Americus running back, Joe Bruce, stays on his feet while an Albany defender attempts a waist tackle. Bruce scored the final touchdown of a 62-point outburst against the [Albany High] Indians Friday. 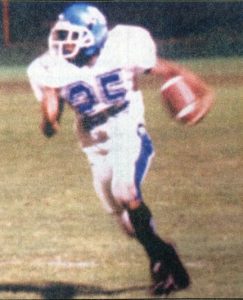 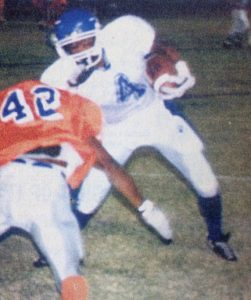 ATR FILE PHOTOS TAKEN BY NICK STALLINGS:
PERFECT PANTHERS! This pair of photos was proudly displayed on the front page of the ATR on Nov. 12, 2000 after the Panthers won their final regular season tilt against the Seminole County Indians. The photos’ original cutline read: WINNING TEAM – It doesn’t get any better than 10-0! That is what Americus High School is celebratingafter a 10th straight win, fourth straight by dominating fashion… In the 52-13 romp, some of the major players were Franako Smith (25) with 130 rushing yards and two touchdowns and John Harris (4) with 146 receiving yards and two touchdowns.