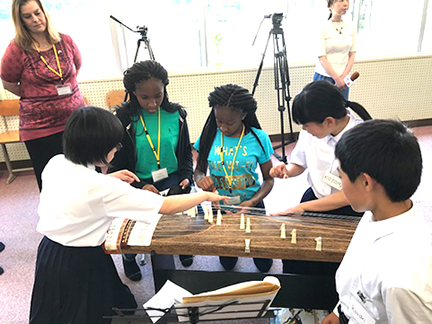 AMERICUS — Over 20 years ago, the small town of Konu, part of the city of Miyosh in the Hiroshima Prefecture of Japan, invited former President Jimmy Carter to their town in an effort to promote peace and cooperation between Japan and the United States. Carter was instrumental in saving Konu’s bell of Shoganiji Temple, which had survived World War II. He later donated a replica of the bell, which hangs in the original temple, where visitors are encouraged to ring it for peace. In appreciation, Konu donated a similar “Bell of Hiroshima,” which now resides at the Carter Center as a symbol of peace and the ongoing relationship between Konu and Carter’s own home of Sumter County. 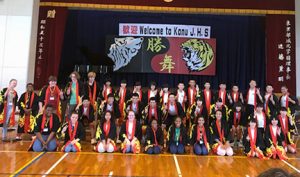 Today, some 27 years later, these two communities enjoy an ongoing exchange of educational and cultural ideas and experiences. Over 500 students from Sumter County Schools have enjoyed the opportunity to be immersed in a new and exciting culture and realize their own connectedness with the global community. In May, another round of students and adults from Sumter benefited from this partnership, and in August, a group from Konu will come here to do the same. 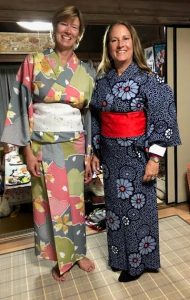 Karen Kinnamon, a veteran teacher at Americus-Sumter High School, and Sylvia Roland, a Sumter County school board member, served with other school and community leaders as chaperones for this year’s trip. For Kinnamon, the trip offered an opportunity “to learn about the educational system and practices of another country by being completely immersed in the culture.” What impressed her most about the schools there was the pride Konu students have in their school, and their willingness to care for it. Like the students from Sumter County, who not only took on the production of a play about Jimmy Carter, but also courageously boarded a plane (which most of them had never done) that flew half way around the world to take them to a world immensely different from their own. 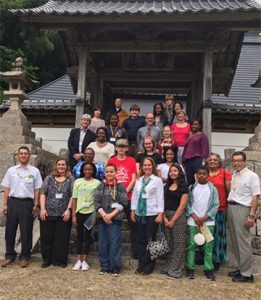 Roland, who wanted to continue to support the program and encourage other board members to do the same, was impressed by the total immersion into the culture; she said rather than being merely visitors, “we slept on mats …and ate Japanese cuisine with chopsticks.” Both she and Kinnamon were impressed — and pleasantly surprised — with the overwhelming warmth and genuine kindness of their Konu hosts. Both had preconceived notions that the Japanese were “standoffish,” “strict,” even “unforgiving,” but found them to be warm and inviting, and even fun-loving and playful. The hospitality shown to them was, Roland said, “exquisite,” and she can’t wait until they come here so she can return the favor, and show even more Sumter students that we can learn from people from other cultures and “learn that we can get along well with people from other places.”  Kinnamon adds, “We benefit by broadening our world and becoming more connected with the whole human family.” 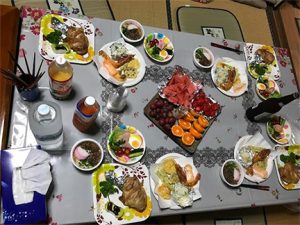 A typical Japanese dinner served to the Sumter County Schools contingent while in Japan.

As in years past, the emphasis on this year’s trips have been human rights, important issues for both communities, and issues central to Jimmy and Rosalynn Carter’s efforts through the Carter Center. This year, local playwright and director Tom DeTitta wrote “Birth of a Spirit,” a play about Jimmy Carter’s role and views on racial integration in Sumter County. The Sumter students performed the play locally several times before presenting it to their hosts in Konu. A generous donation from the Japan Foundation helped fund the production of the play, along with travel expenses for Sumter County students.
Both Kinnamon and Roland are looking forward to the August visit from approximately 30 students and adults from Konu. Kinnamon looks forward to planning their visit and hopefully replicating the “joyful, generous, thoughtful treatment we received.” Roland is anticipating the opportunity to reconnect with her new friends from Japan and share Sumter County’s own version of Southern 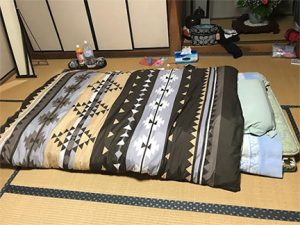 Sumter County Schools visitors to Konu slept on mats on their visit.

hospitality with them. Ten to 20 families are needed to host these students and their adult chaperones when they come to experience life in the South. Schools and businesses throughout the community will surround the delegation from Konu and shower them with gifts and memorable experiences, but will also serve as reminders of the peace and common charity that initiated this partnership over 20 years ago.