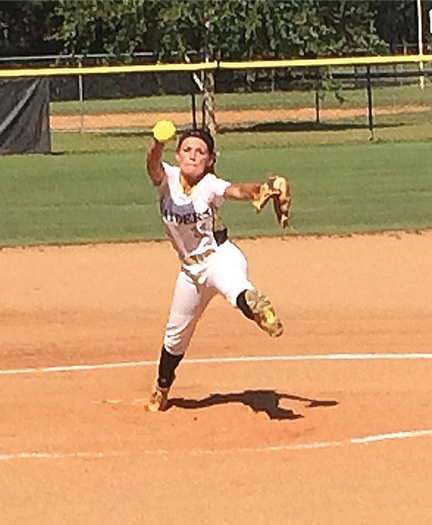 MICHAEL MURRAY I ATR: Southland’s Savanna Swann winds up to launch the ball down the pipe during the Lady Raiders’ Aug. 24 tilt against Brookwood in Americus. Swann struck out eight batters in the match.