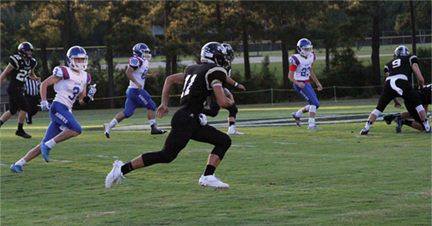 MICHAEL MURRAY I ATR: Southland Academy’s Landon Law (11) takes off for the end zone on the second play of the Raiders’ Sept. 1 tilt against the Heritage Hawks in Americus.