Part 1
AMERICUS — A well-numbered audience gather Tuesday in the auditorium in the Rosalynn Carter Health and Human Resources Complex on the Georgia Southwestern State University GSW) campus. Following a welcome from Rhett Simmons, board chairman of the Sumter County Chamber of Commerce, which hosted the event at GSW, he introduced Neal Weaver, GSW’s new president who gave a warm welcome. Kim Fuller of the Chamber’s Governmental Affairs Division, gave the invocation and led the pledge of allegiance to the flag.
Len Hicks served as moderator for the forum which had the following format. Each candidate was first given five minutes to speak, followed by two minutes.
Laura Lee Bernstein, Americus mayoral candidate, who won the draw, spoke first.
Bernstein first introduced herself. “I live here in Americus. I actually moved to Americus about seven years ago almost to the date from Atlanta. I made the decision to enter the race to become mayor for several reasons. One, I’ve worked and lived in this community. I began working here in the technical college system and then I also worked in our K-12 system, our local government, and higher education … As a result of that, I started to see some things that maybe need to change in Americus, things that are new and are different, things that are progressive, progressive action. I believe that we need to have transparent decision making here. I served as the chief administrative officer of the city of Americus for a little less than two years. During that time I saw so many things that I wished I could have helped to change but due to the position I was in, it was not appropriate and so my hands were tied but I got a good taste of what local politics is all about. I’m not a career politician, never been a politician. As you can tell from my background, I’ve been in education primarily most of my life. But I believe this community has a lot to offer. I believe this community just needs to step and do some progressive action. We need to make progressive decisions and need to be collaborative in our decision making. 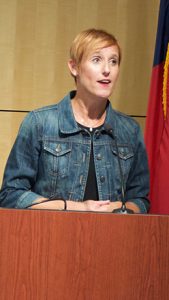 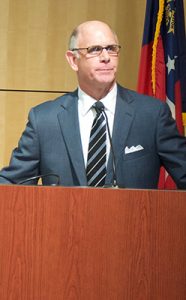