And it came to pass in those days … 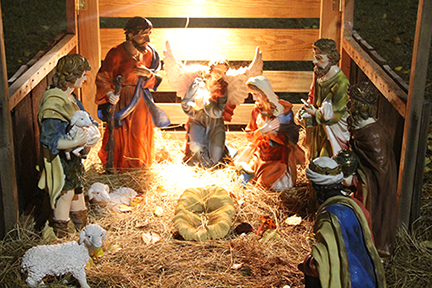 This is the Nativity scene on display at St. Mary’s Catholic Church on South Lee Street in Americus. 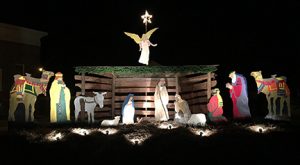 For the first time in seven years, the Nativity scene, shown above, is on display again at Lee Street United Methodist Church. According to a member, who submitted this photograph, a stranger stopped by the church in early December asking if the Nativity scene would ever be put up again. The church pastor, the Rev. Dr. Dennis Stalvey, appealed to the congregation to put the Nativity up this year. A group of men and women met one Saturday and in a few hours a tradition was revived. ‘Thank you kind stranger,’ said the member, Cheryl Fletcher. The community says thank you also.