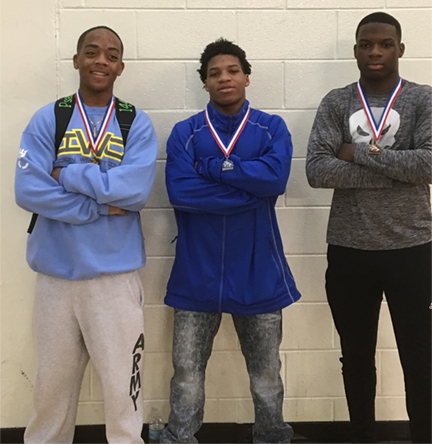 The team as a whole finished in seventh place with 91 points, 11 points behind sixth-place finishers Fayette County. The Panthers beat out Union Grove, who finished in eighth place with 78.5 points. Ola, the host school, won the tournament with 247 points, followed by Lee County (198), Luella (178), Lamar County (123), Grovetown (110.5) and Fayette County (102).

In the 145-pound weight class, junior Montrellis Wilson finished in second place to the number one seeded wrestler in the tournament from Lee County. Wilson won two matches and lost one in the tournament.

“As a whole, the team did a good job in the tournament”, ASH Head Coach Thomas Prater said. “Many are still building upon their skill level.”

Next up for the Panthers is the Area 1-AAAA Tournament on Friday at Cairo.