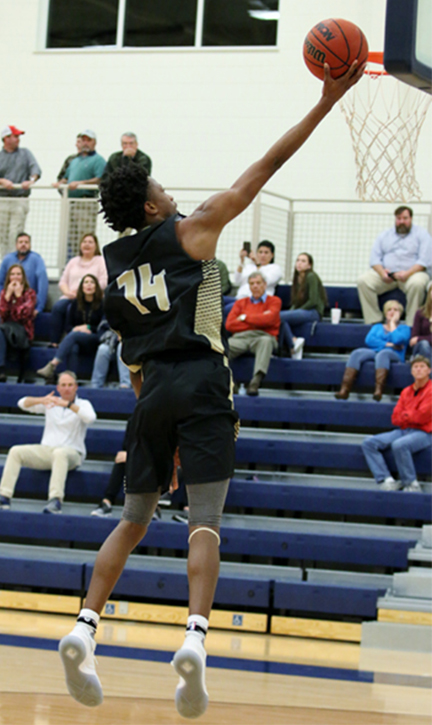 Southland's Saige Batten going up for a dunk. He scored 12 points to lead the Raiders to victory over Brookwood.

THOMASVILLE – While they didn’t score a lot of points, the Raiders used high-pressure defense to stifle Brookwood’s offense on their way to a 34-24 victory Tuesday night.

“We forced 18 turnovers and held them to 24 points”, Southland Head Coach Rundy Foster said. “Defensively, we played well, which ultimately led us to the win.”

Southland senior guard Saige Batten led the Raiders with 12 points on the night.

In addition to Batten’s performance, Southland was able to get contributions from other players. Both Alex Roach and Harrison Bell scored eight points and Chandler Sutton scored six.

The Raiders have a week off before they host Tiftarea Academy Tuesday night.

With the win, the Raiders improve to 15-3 overall and 3-1 in region play. They are currently tied for first place.