Jets come from behind to defeat Gordon State 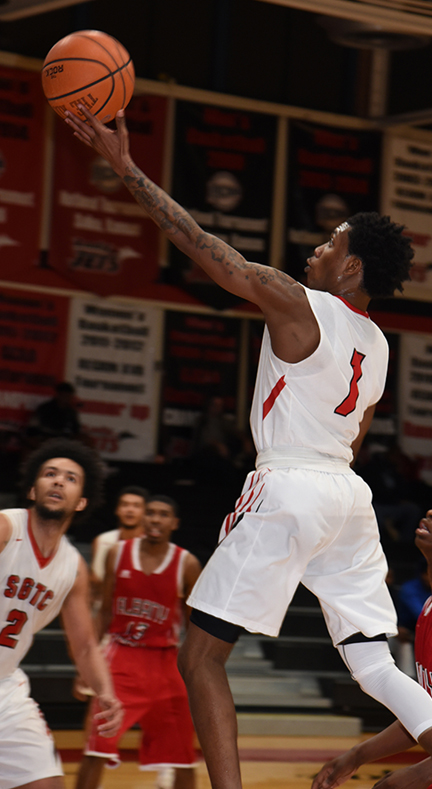 Rico Simmons goes up for a layup against Gordon State

With the win, the Jets are currently in second place in the GCAA at 6-2. Gordon State dropped to 3-4 in the conference and 8-13 overall.

Simmons hit three of six shots from beyond the arc and went perfect from the foul line, hitting all seven of his free-throw attempts.

Both the Jets and the Lady Jets will host East Georgia State College in a conference double-header on Wednesday, January 31. The women’s game begins at 5:30 p.m., followed by the men’s game at 7:30 p.m.

The Lady Jets currently stand in first place in the GCAA. Both teams will travel to Macon for a conference rematch with Central Georgia Tech on Saturday, February 3. Tip-off for the Lady Jets’ game is at 2 p.m., followed by the Jets at 4 p.m.