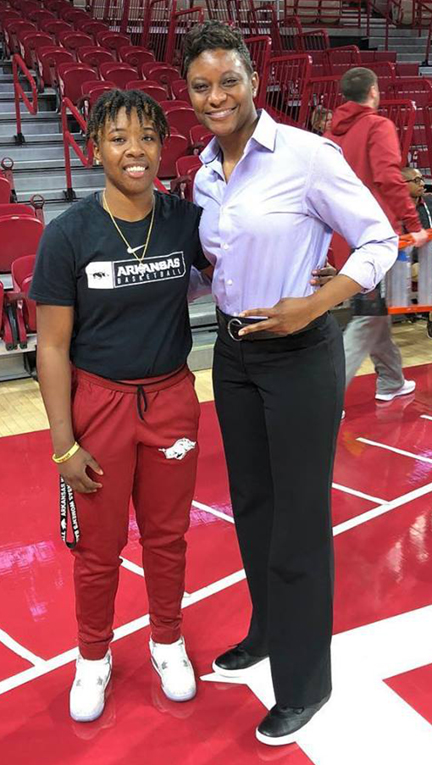 Of course, no one should forget former Americus-Sumter stand-out and current UGA Defensive Tackle Tyler Clark.

However, there are two other former Americus athletes that need to be recognized. Two of the greatest female basketball players in the history of Georgia High School girls’ basketball displayed their skills here in Americus: former AJC Player of the Year A’Tyanna Gaulden and former NCAA Champion Niya Butts. Gaulden led Americus-Sumter to a GHSA Class AAAA State Championship when the Lady Panthers defeated Veterans 56-38 in the championship game back in 2016. It was the school’s first state championship since 1966, long before Americus High and Sumter County High merged into Americus-Sumter High School. Gaulden, who started her college career at Florida St., is currently playing for the University of Arkansas. Niya Butts was a star for Americus in the early 90s and was an important part of the University of Tennessee’s national championship teams in 1997 and 1998. Butts is currently an assistant coach at the University of Kentucky. The two teams played each other Monday night, January 29, in Fayetteville. The Wildcats won the game 76-65.

All of Americus should be are proud of both of these ladies. Thanks to A’Tyanna Gaulden for permission to share this great photo.