Hurricanes fall by one point to Georgia College 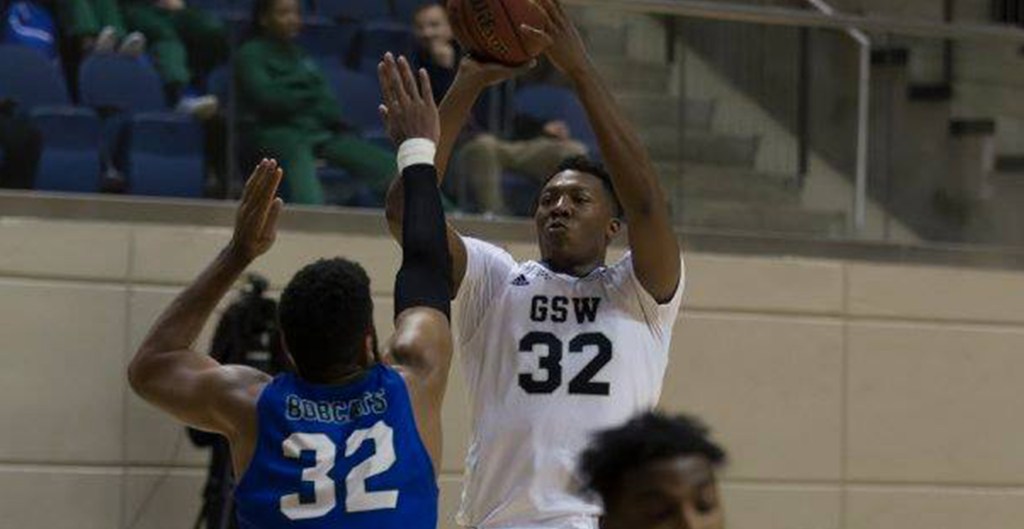 MILLEDGEVILLE, GA – Trailing by 11 points in the second half, the Hurricanes fought valiantly for the come-from-behind victory, but R.J. Sessions’ three-pointer in the closing seconds hit iron, and the Bobcats escaped with a 65-64 lead over Georgia Southwestern State Wednesday night, January 31.

GSW junior forward Andre Statam scored 19 of his game-high 21 points in the second half to lead the comeback.

It was a wild final 30 seconds of the game. GSW had a 64-63 lead before GC’s Justin Cave found Kohl Roberts for a layup, giving the Bobcats a one-point lead. After a timeout, GSW turned the ball over on their end of the floor with 22 seconds to go. The Bobcats’ Isaac Thomas got the loose ball and drove to the basket for what he thought would be a fast-break layup. However, seemingly out of nowhere, the Hurricanes’ Devin Watson blocked his shot with 16 seconds left. Dajion Macklien got the loose ball for GSW and threw it near midcourt. However, Macklien’s pass was mishandled by Sessions as he crossed the center stripe with nine seconds left. The Bobcats pounced on the loose ball and hurled it towards their basket. However, the pass was intercepted by the Hurricanes with five seconds on the clock. Sessions took the long three-pointer with two seconds remaining, but it was no good and GSW came up short, losing by one point to the Bobcats.

Georgia College came into this game holding opponents to the lowest scoring average4 in the league (70.4). It showed in the first half as the two teams finished the half with Georgia College leading 35-26.

GSW trailed by as many as 13 points in the first half before limiting the Bobcats to four points over the final five minutes of the half to pull within nine at the break.

Statam came alive in the second half, hitting four-of-five from beyond the arc and sinking two free throws during a 10-minute stretch. This helped the Hurricanes erase an 11-point deficit and take the lead at 54-52 with 7:41 to go. From then on, it was a back-and-forth affair as neither team could mount any separation.

GSW matched its largest lead of the game when Hasaan Buggs hit a free throw with 1:55 left. However, three consecutive turnovers followed, setting the stage for the dramatic finish.

Statam had a stellar night shooting the ball, hitting five-of-eight from three-point land and shooting 7-of-12 overall in the game. Sessions was perfect from the foul line, going five-for-five and finishing with 15 points. It’s the fourth-straight game that Sessions has scored in double-figures. Hasaan Buggs scored eight points and grabbed a game-high nine rebounds.

The Hurricanes will try to get a win when they play Sunday afternoon at the Storm Dome against Young Harris (6-14, 5-9 PBC). Tip-off is scheduled for 3:30 p.m.