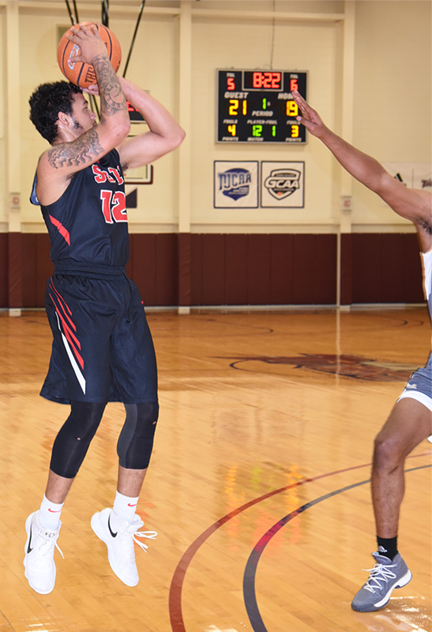 With their win, the Lady Jets improve to 21-5 overall and remain at the top of the GCAA standings at 13-1. Five Lady Jets scored in double-figures. Houlfat Mahouchiza and Esther Adenike each scored 16 points. Alyssa Nieves came off the bench to score 14 points. Ricka Jackson poured in 11 and Bigue Star scored 10. 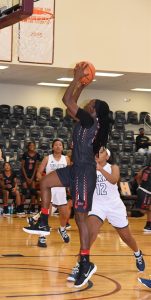 The Lady Jets’ Esther Adenike goes up for a layup against Central Georgia Tech.

After the Lady Jets played, it was the Jets turn. It started out promising for SGT as they opened up an early eight-point lead. However, the Titans rallied to take a 45-36 halftime lead. In the second half, it was all Central Georgia Tech as they took control and won 93-72. The Jets have a 14-9 overall record and are in second place in the GCAA at 7-3, trailing Georgia Highlands (7-1) who stands atop the conference. Central Georgia Tech is right behind the Jets at 6-3.

The Jets had five players in double-figures. Emeshuan Offord led the team in scoring with 20 points. Marquel Wiggins had 13. Rico Simmons and DeVante Foster each scored 11 and Dawan Bass scored 10 points.