Lady Hurricanes blown out by Lander 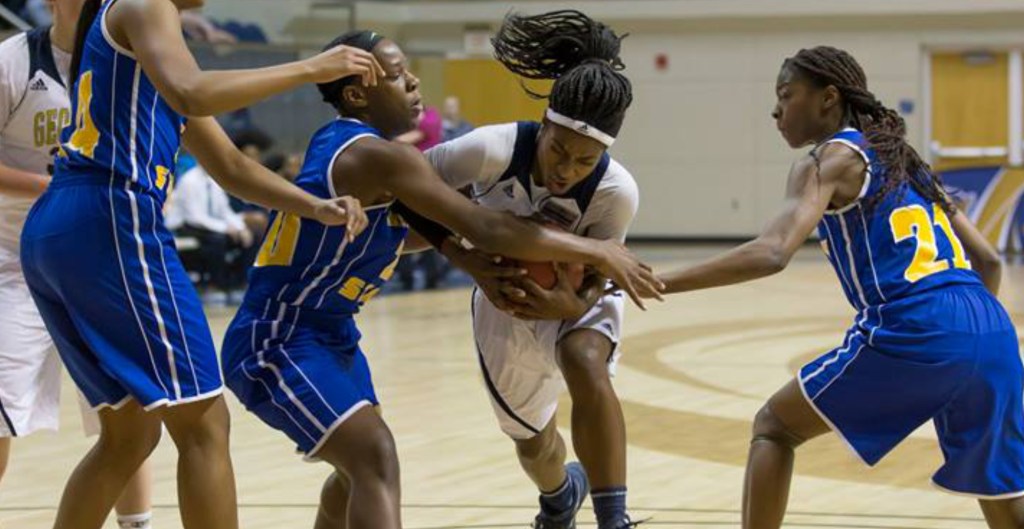 GREENWOOD, SC – The Lady Bearcats of Lander University jumped on the Lady Canes early and never looked back on their way to a 94-53 thrashing of GSW.

On a positive note, Georgia Southwestern State had two players in double-figures. Shanya Jones led the Lady Canes in scoring with 15 points and Mariya Trimble scored 13 and had five rebounds.

Tamecia Blue scored six points and Shanya Jones scored five in the second half for GSW. However, the rest of the team could only muster four points combined as Lander led by 21 at the half.

GSW continued to struggle offensively as they could only score 10 points in the third quarter on 18.8 percent shooting (3-of-16). Trimble and Blue were the only Lady Canes able to score from the floor in the quarter.

Lander scored 28 points in the fourth quarter on their way to handing GSW its worst loss of the season. GSW committed 23 turnovers. The last time the two teams met in Americus on December 30, 2017, the Lady Canes turned it over 30 times. GSW lost that game 90-53. It was the sixth time this season GSW turned the ball over 20 times or more.

Lander outrebounded the Lady Canes 52-38 and outscored GSW 46-26 in the paint. Lander scored 16 fast-break points compared to none for GSW.

The Lady Canes will try to rebound from this setback when they return home Wednesday to face Flagler College at the Storm Dome. Tip-off is scheduled for 5:30 p.m.