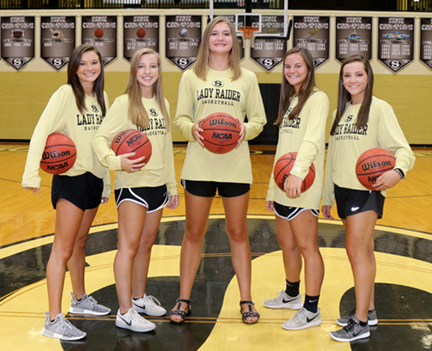 AMERICUS – It was a wonderful senior night for five Lady Raiders: Karleigh Werling, Cassi Bass, Kathleen Kinslow, Sydney Hayes and Savanna Banks. They finished their final regular season with a 39-29 win over Brookwood.

While she didn’t lead the team in scoring, Bass did the job on the glass, grabbing five defensive rebounds and one offensive. Kathleen Kinslow closed out her final regular season scoring nine points for the Lady Raiders.

The second quarter was a low-scoring quarter, but Southland held Brookwood to just five points in the quarter. By halftime, the Lady Raiders were up 19-12.

Despite being outscored 15-8 in the fourth quarter, Southland built up a large enough lead to keep Brookwood from making a serious threat.

Sydney Payne led the Lady Raiders in scoring with 14 points. “It was a great night for our seniors”, Southland Head Coach Ty Kinslow said. “They led us defensively and dominated the ball game.”

The Lady Raiders will now turn their attention in the region tournament to be held Thursday and Friday, February 15 and 16 at the GSW Storm Dome.