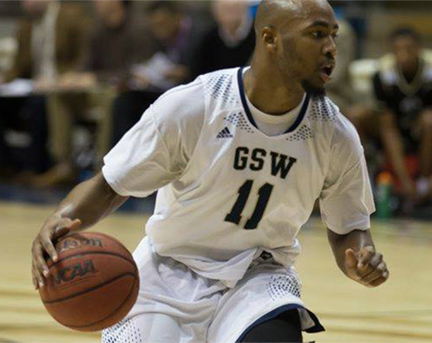 The Hurricanes have now lost five in a row. They are 12-13 overall and 8-13 in the Peach Belt Conference.

On the other hand, Clayton State has won 11 in a row. The Lakers’ first win in this winning streak came against the Hurricanes in the Storm Dome on January 24. Clayton State is now 20-5 overall and 18-3 in the PBC. They are also the National Association of Basketball Coaches (NABC) NCAA Division II Team of the Week.

Things started off well for GSW, as they grabbed an early 5-1 lead. However, the Lakers answered with an 8-0 run to take the lead. Clayton State had a slim advantage through the rest of the first half. Their largest lead was seven points on two occasions. By the end of the first half, the Hurricanes only trailed 28-23.

GSW took the lead briefly on three occasions in the second half. Dajion Macklien hit a jumper to give GSW a 38-36 lead. The next time the Hurricanes took the lead came at the 7:10 mark when Devin Watson hit a three-pointer to give GSW a 53-52 lead. The last time GSW led in the ball game was with 1:30 to go when John Mason hit a three-pointer to give the Hurricanes a 61-59 lead. Unfortunately, GSW missed its final four shots of the game.

One big factor in the loss was turnovers. GSW committed 21 turnovers in the game. They came into the game averaging the fewest turnovers per game in the PBC.

Dajion Macklien had one of his best performances of the season, leading the Hurricanes with 15 points on 6 of 9 shooting. Macklien also had five rebounds, five assists and only turned the ball over once in 36 minutes of action.