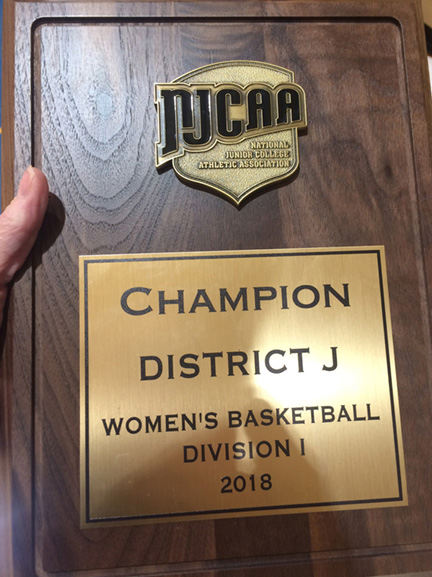 The South Georgia Tech Lady Jets qualified for the NJCAA Division I National Tournament for the second year in a row by defeating Spartanburg Methodist to win the NJCAA District J Championship. Photo by SGT

SPARTANBURG, SC – They’ve done it again. For the second year in a row, the South Georgia Tech Women’s Basketball Team have qualified for the NJCAA Division I National Tournament. They did so by beating Spartanburg Methodist College 69-42 on in the District J championship game on Saturday, March 10, at Spartanburg Methodist.

The Lady Jets will be headed to Lubbock, Texas for the 24-team NJCAA Division I National Tournament to be held March 19-24. SGT will represent Georgia, South Carolina, North Carolina, Virginia and West Virginia in the national tournament.

“I am excited for the opportunity to bring this team to the national tournament,” SGT Head Coach James Frey said. “I don’t think people realize how difficult it is to win on a regular basis. There is great competition in the Georgia Collegiate Athletic Association (GCAA) and the National Junior College Athletic Association. To be able to go to the national tournament back to back years and four of the last five years is exciting.”

When asked how he and his assistant coach Kezia Connor are able to accomplish this, Coach Frey commented that he and Connor start talking about this during recruiting. “There is a standard here that anything less than getting to the national tournament is not acceptable,” Frey said. “We are talking to the young ladies we are recruiting now about it for next year. Our administration supports us unbelievably, and because of that, we owe it to them to work extremely hard and to go out and earn championships.” 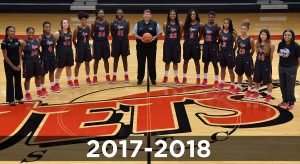 Coach Frey also gave credit to his assistant coach, Kezia Connor. “I have the best assistant coach in Kezia Connor that I could ever imagine having,” Frey said. “She is a tireless worker who has taken ownership in this program. It takes a total team effort to be successful, and I am thankful for her, our Lady Jets, and for South Georgia Technical College. This is a great place to be.”

In the 69-42 win over Spartanburg Methodist in the District J Championship on Saturday, March 10, Esther Adenike, the GCAA Player of the Year, had a double-double, scoring 10 points and grabbing 15 rebounds. She also had five assists and two steals. Alyssa Nieves was also in double-figures. She scored 18 points for the Lady Jets. Twelve of those 18 points were off three pointers. Ricka Jackson and Kayla Holmes each added nine points in the victory.

“We felt like if we could take advantage of Spartanburg in side, we had a great shot,” Frey said. “To Spartanburg’s credit, they stayed in a zone most of the day, and forced us to make shots from the perimeter. For the first time in a month, we were able to do that. We made nine threes in the game, and in the second half, Spartanburg went to a man defense and we were able to get the ball inside more. Alyssa Nieves and Dakota were big for us Saturday, making multiple threes each. They had to step up and they did. Dakota set the tone early and made two in the first four possessions. It was a long trip, but well worth it to see us come out and play really hard and get the win.”

The Lady Jets have now secured their fifth GCAA regular season title, their fourth NJCAA Region XVII tournament title and their fourth NJCAA District J championship in the last five years. Coach Frey has been Coach of the Year for four years and has had 20-plus winning seasons each of his six years at SGT.