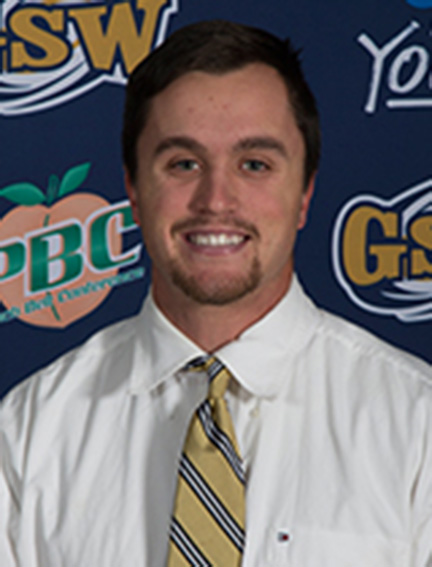 GSW junior infielder Jason Baita went a combined 4-for-10 in the three-game series against Erskine College. He hit two home runs in the series. Photo by GSW

DUE WEST, SC – The Georgia Southwestern State University Baseball Team (4-22, 1-14) has fought extremely hard this season and has tried their best to come up with wins. Unfortunately, wins have been hard to come by this year. That trend continued Friday and Saturday, March 23-24, when the Hurricanes were swept in a three-game series by Erskine College (22-10).

The Hurricanes lost all three games by a combined total of four runs. On Friday, March 23, they fell 4-2. The two teams played a double-header on Saturday, March 24. The Fleet won the first game 3-2 on a walk-off RBI double by Drew Yniesta. The second game went 10 innings before Erskine’s Austin Mapes hit a walk-off home run in the bottom of the 10th. What made Game 3 more heartbreaking was that the Hurricanes had a 6-0 lead at one point.

In the first game of the double-header on Saturday, March 24, The Fleet took the lead first, scoring a run in the bottom of the third. GSW scored two in the top of the fifth to take a 2-1 lead. Baita hit another home run, the second of the series for him. Then with two men on, Jared Jones hit a single, scoring Kole Clark. However, Erskine came back to tie the game in the bottom of the fifth. The Hurricanes were unable to get any more runs the rest of the game. In the bottom of the seventh, the Fleet won Game 2 on an RBI single by Drew Yniesta.

Mitch Holloway (1-6) took a very hard-luck loss for the Hurricanes. He pitched 6.1 innings, giving up three runs on 10 hits. He walked two and struck out eight.

Jason Baita went 2-for-4 in the game with a home run. Andy Moore also had a good game at the plate for the Hurricanes. He went 2-for-3 with an RBI. GSW scored two runs on 12 hits and committed two errors. Erskine scored three runs on 10 hits and committed no errors. Trey Watts took the win for the Fleet in Game 2. Watts pitched one inning in relief. He gave up no runs on two hits. He walked none and struck out one.

The second game of Saturday’s double-header was the game the Hurricanes thought they would take. The Hurricanes scored two runs in the top of the third and four in the top of the fourth to take a 6-0 lead. In the third inning, With two men on, Kole Clark reached on an error, scoring Tyler Skelton to give GSW a 1-0 lead. Then Jared Jones hit a sacrifice fly, scoring Jacob Harrell. The Hurricanes were up 2-0 at that point. The Hurricanes blew it open in the top of the fourth, scoring four runs. Two of those runs came on a double by Jason Baita. At that point, the Hurricanes had a 6-0 lead. However, the Fleet responded with two runs in their half of the fourth. The Hurricanes were unable to get any more insurance runs the rest of the way. That would prove costly as the Fleet scored two in the seventh, then two in the eighth to tie the game at 6-6. Neither team could score the go-ahead run in the seventh, eighth and ninth innings. However, in the bottom of the 10th, Austin Mapes completed the come-from-behind victory for Erskine when he belted a walk-off home run, handing the Hurricanes a heartbreaking 7-6 defeat.

Baita was once again productive at the plate for GSW. Though he didn’t homer in Game 3, he did go 1-for-3 with two RBIs. Josh Logan was 2-for 3 in Game 3 and scored a run.